Review: Chronicle of Crime – time to hit the field! 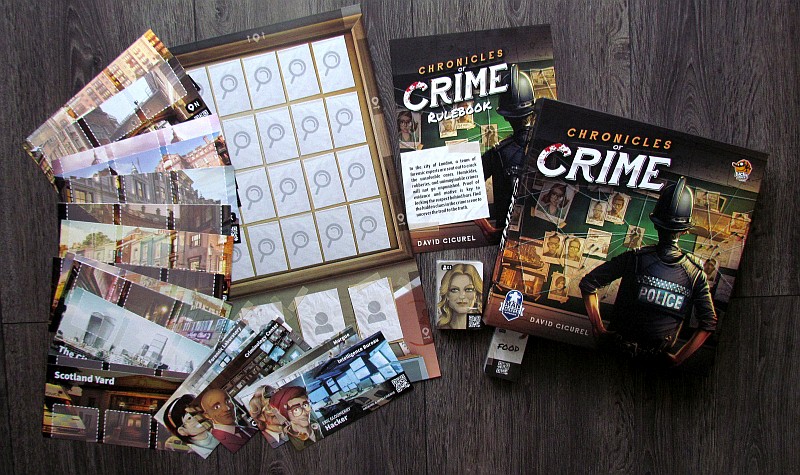 We solved many of our detective cases  without leaving the comfort of our own seat and home. We have deciphered all their mysteries anyway. But how can true detectives really work without some field work?

It is precisely the difference, that will show us game Chronicles of Crime created by David Cicurel and preceded by a very positive reputation. It combines digital application and board game. Its release was done by company Lucky Duck Games, which just now funded its similarly conceived and even more ambitious game Destinies: Time of Legends on Kickstarter. This game has also undergone a test of fire by community financing and has been very successful.

Under the lid with picture of relationship board, which should every proper detective have, players will find a board used mainly for organizing cards. They are the core component of the game and are available in four dimensions, representing locations, specialists, suspects and witnesses, as well as bottom items. All cards are connected by one property – all have printed QR code on them. 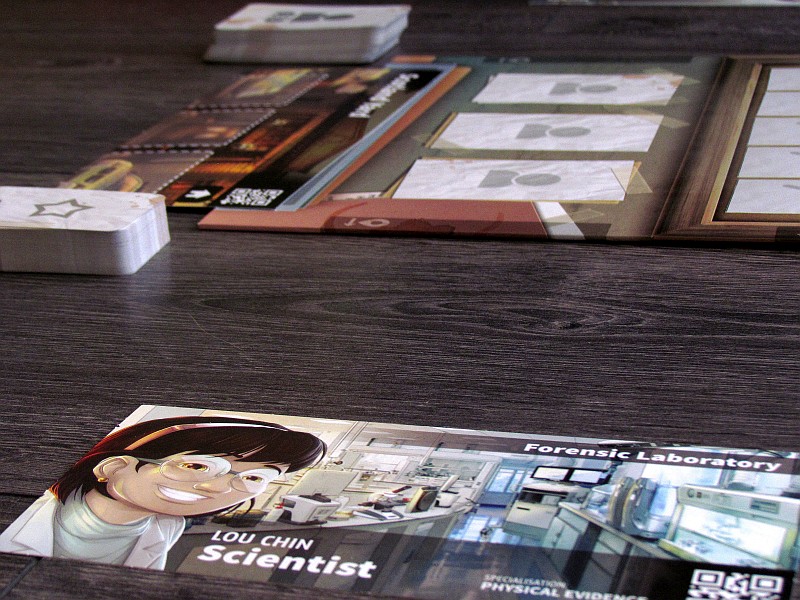 In addition to the layout of all nearby components, players will mainly need to install the companion app on their phone or tablet to start the investigation. Most cards then remain face-down as a mystery. The only exception are items and specialists, who will help players in their efforts. These will be divided among the participants. The only location discovered before the start of the game is Scotland Yard.

In the beginning, players have to choose a scenario. There are five in the basic box and others are being prepared as expansions. The story is gradually revealed and with it the cards. Players attach locations from the side of the plan, while items are placed directly on it. For the individual portraits of the witnesses, there are prepared places on the individual locations. Thanks to this, it is always clear, where the detectives will find them and how they can continue questioning them.

All movement and communication is realized with the help of QR codes and application. For example, reading one of the places around the city moves players to it. Characters can be questioned and ask about items or other people. Often, players can also get items by visiting. 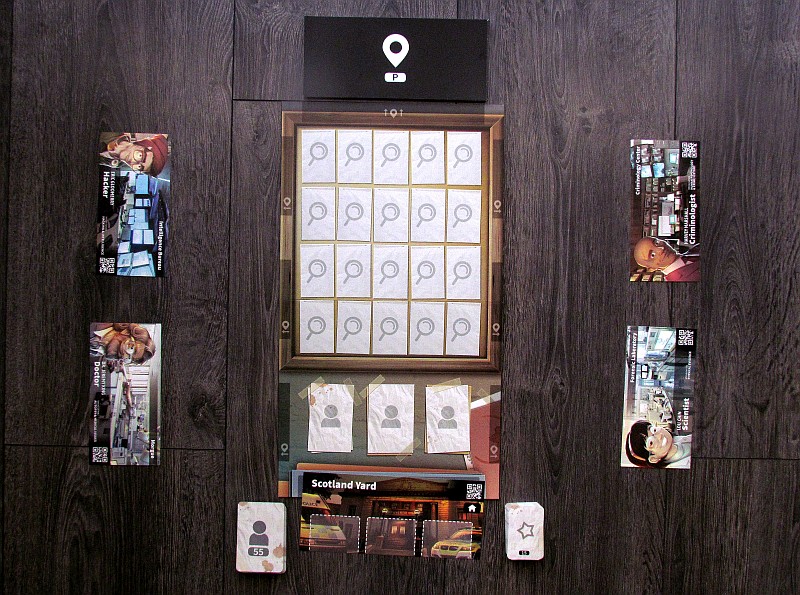 Equally important is the exploration of some places with their own eyes. At that moment, the phone turns into a screen. If participants have VR glasses for their phone, they can now use it. They need to pick up with the device and then look around and describe it to teammates. Gradually, players can repeat this effort. In addition to all these actions, detectives can also call one of the specialists for advice or opinion at any time.

But every action, whether it be a move, an interrogation or a search of a place (even repeated by others) takes time in the game. It runs in larger portions and is visible directly in the mobile app. Once players feel, that they have solved everything and know the answers to possible questions, they can go back to Scotland Yard and report their findings. If they can read the right cards, then they can celebrate victory of their detective work.

The Chronicle of Crime is an absolutely unique game, as our experience with the preview sample before the Kickstarter campaign already suggested. But we can see, that there was a lot of work done on the game from that time in fine tuning some portions of gameplay. The individual stories are connected together, but they are also very entertaining and imaginative. Players must engage their deduction skills and carefully monitor all information. 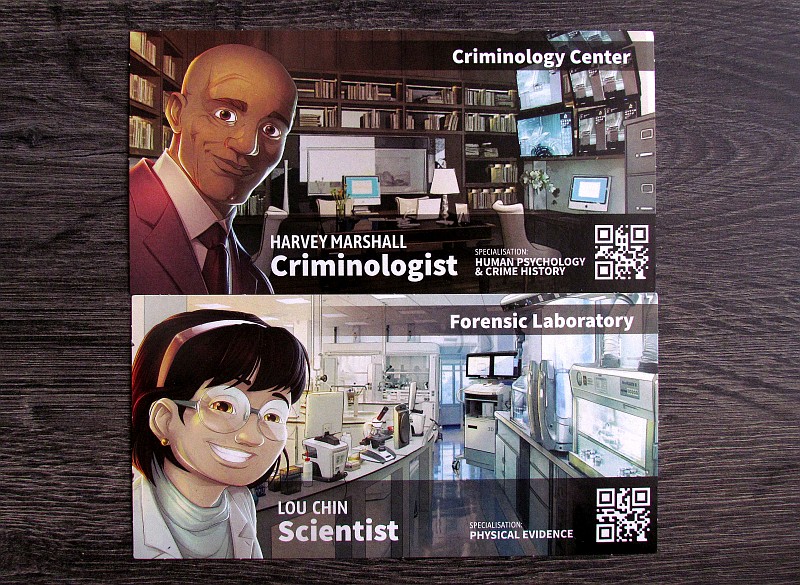 There are five stories in the basic box, which is a very solid offer due to the price. It is clear, that neither of them will be playable again, because you will know everything and remember it even after a longer time period. At the same time, individual detective stories require more than one hour of time to solve, so the total game time is more than favorable – games are solidly fast, but the whole box will last for some time.

Experience with the box depends very much on number of players. The more there are players, the less they will be involved in the overall experience. We have had a good game in pairs, but its nicely playable also solo, because actually you do not need anyone else. But once more players enter, experience gets thinner.

Compared to the competition – Detective – this game is more accessible to beginners and inexperienced players. It will certainly meet with a positive reception. At the same time, it does not offer detective work to bigger depth, but rather resembles a part of an action detective series. But this is definitely not a bad news, perhaps quite the opposite. So if you do not want to ponder minutes for any indication, then this is definitely a better choice. 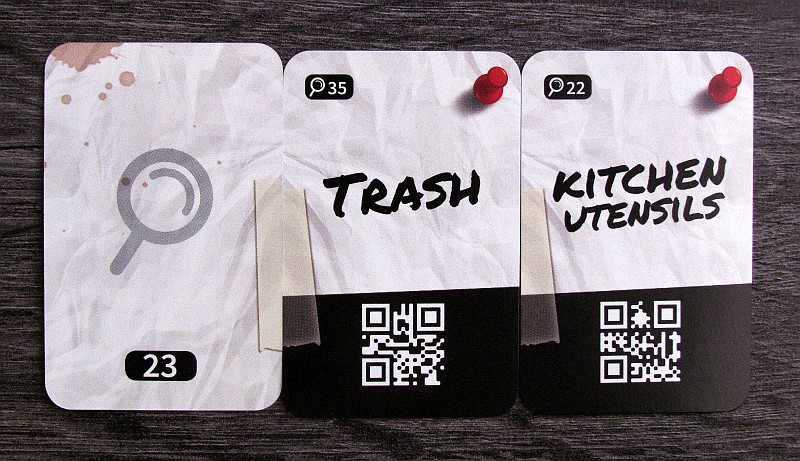 The game has a great atmosphere and players are completely immersed in the investigation from start to finish. By using the application and constantly changing locations, the development is really action-packed and keeps the attention of all involved.

It is clear, that with such an open game, you can get into a situation, where you do not know what to do next. The game does not offer any hints, so the only way is to repeat the known clues and possibly visit some places again. This situation has not happened to us personally, but it did happen to our colleagues and it is clear, that such a moment can upset overall experience.

In the app, you can also find a tutorial story, that is shorter, but mainly lets the player test the mechanics stress free. That’s good, because in a game, where you have only one try per adventure, you want to do everything right for the first time. 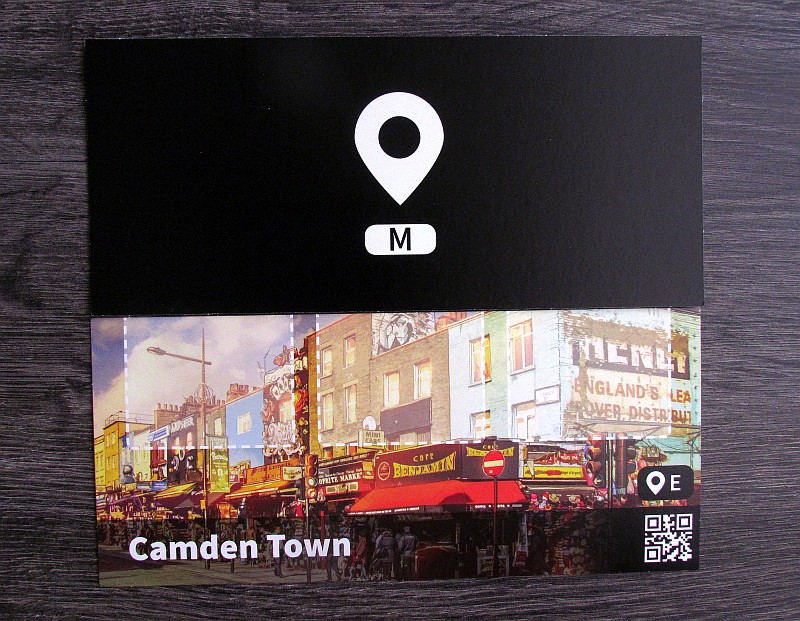 The processing is great and praise deserves mainly the application, which is stable and reliable. But even the illustrations are successful and above all the stories themselves will keep your interest to the end. The Kickstarter campaign also included an editor, that allows everyone (and you!) To prepare their adventure and offer it to the world to play! But only after approval by the publisher. And some birds were chirping about a possible Chronicles of Crime 2.

Chronicle of crime makes us tremendously happy by its presence on our shelf. Playing it is an absolutely unique experience that can be compared to watching a crime story or reading a book. This time, however, you will be responsible for convicting the perpetrator and will have to be accountable to your superiors at Scotland Yard. So if you love detective stories, then you have nothing to consider. The Chronicle of Crime is great!

Preview: Chronicles of Crime – can you catch the killer?

by Dušan on 27. 02. 2018
They found her sitting in the chair. It’s as if the old lady was just sleeping. Besides, who would want to hurt such a lovely grandmother? Is it even [...]
comments
Leave a reply