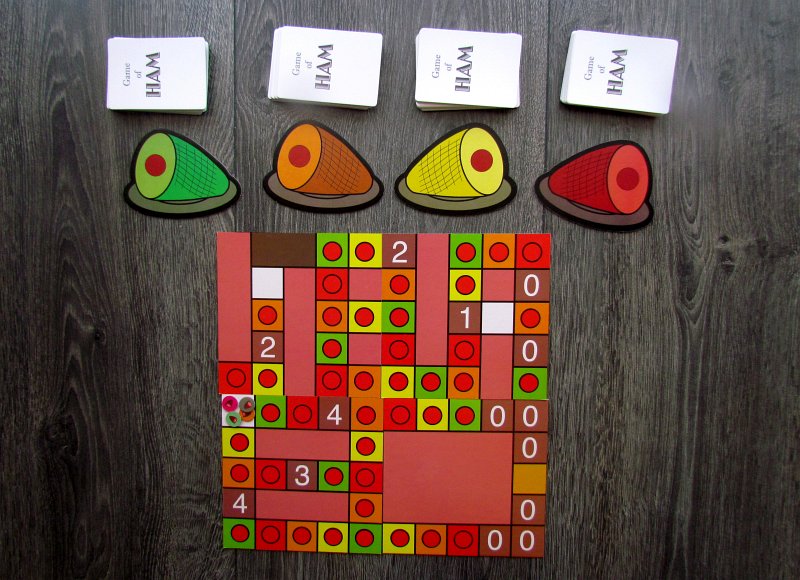 When I cooked my first ham, it was not edible. But over time, I’ve worked out and it’s a famous delicacy today. I always take the first piece, cut it into cubes and give it to passers-by.

And just like this ham, the humor in the new Game of Ham box is delicious. The author Bill S. Naim created it with the idea of casual entertainment and as such also introduced it in 2020 on the market under the banner of the company of the same name.

The smaller pink box surprises not only with a picture of a pig chef offering ham on a tray, but also with its weight. Inside, an incredible eight hundred cards are hidden, and yet the basis is a small game board consisting of several square boards. By connecting them, players will get a route along which their pieces will move. Together, the players agree on the starting position, possible points of the track to cross and especially the location of finish line. Everyone chooses one token, puts it at the start position. Each participant will receive a set of ten cards. Aside, it creates a supply of all kinds of cards. 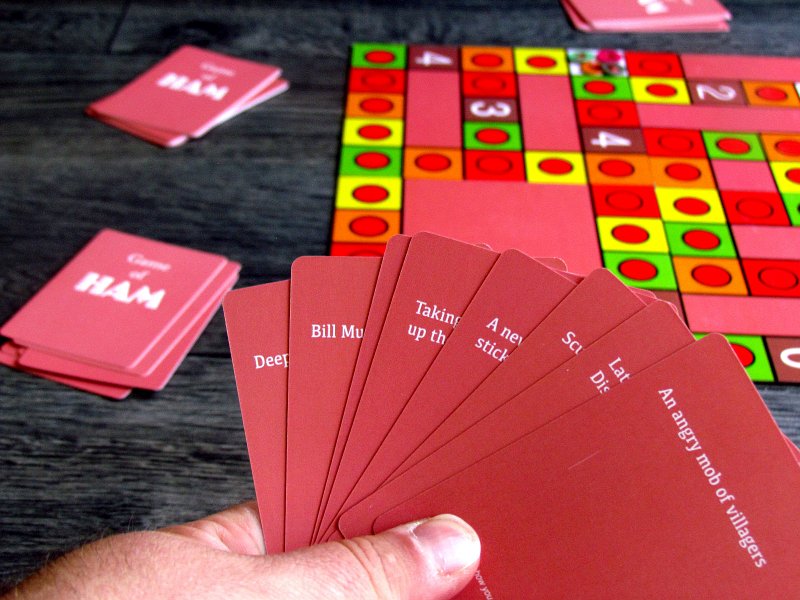 In each round, one of the players becomes a referee, takes the top gray card from the pile and reads the entries to all participants. They are now trying to find one of their pink cards, that would create the funniest answer. Opponents reveal their choices at the same time and the referee himself chooses which one he considers best.

The selected player can move forward for a reward according to the value printed on the gray card. In doing so, players choose the direction, they take. After these steps are made, one more reward can be expected, if the player’s token stops on a square with a colored dot. In this case, he can take a card from pile of this color or he can move further instead. There cards allow players to attack others or get something. It is the winner of the round, who will lose the chance to score in the next phase, because he will become the referee for the next round.

These are basically all the main rules. Of course, there are other options around, such as donating a colored card to an opponent (the reward is moving forward) or pushing opponent’s pieces back, when a player stops on the same spot. Such a token is returned to the nearest checkpoint backwards or to the beginning of the race. 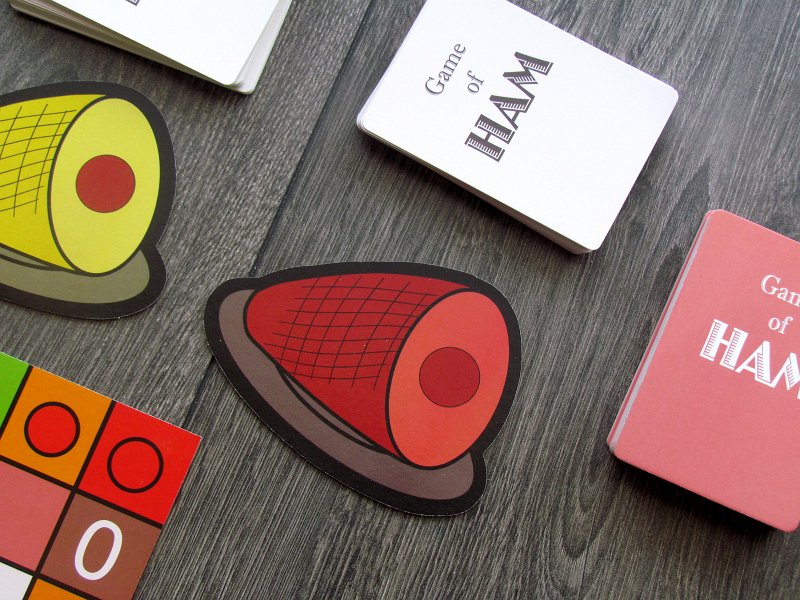 And eventually the ham will appear. Each gray card always has one letter on it, either H, A or M. Once the player manages to accumulate the whole word, he can avoid the color card effect, if he wants.

Before the start of the game, players then choose, which of the possible winning conditions their competition will follow. So it can be the number of accumulated cards, the sum of points from gray cards, a race to the finish line or any combination of the mentioned.

When reading the rules (and the lids of the box) you will find that the authors do not take anything easy. They use all kinds of humor and are not afraid to attack players and their pride. The game is filled to the brim with messages, ideas, absurd situations, and all with only one goal – to make all of you have fun and laugh. 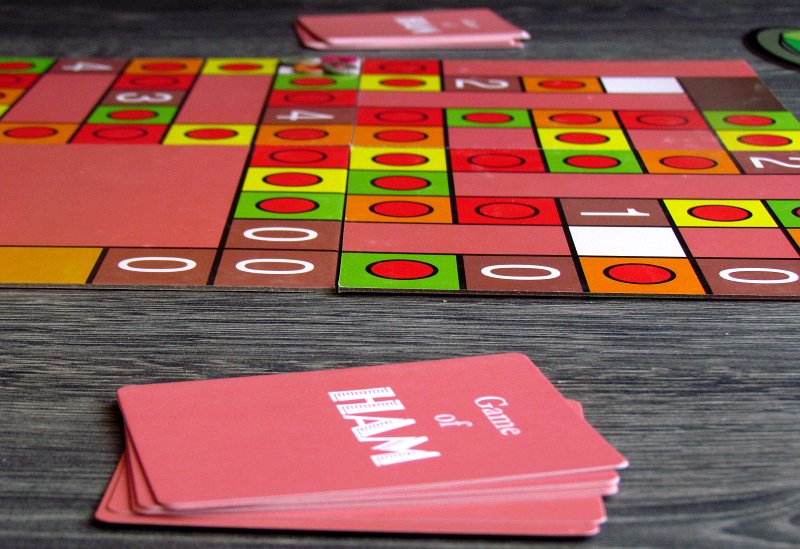 And the truth is that games create incredible combinations. If you have at least a little sense of humor, then sooner or later you will have to laugh from the heart.

But you can easily ruin the whole experience. If you invite someone to the game, who can’t take things lightly and is easily offended. You will find allusions to all conceivable things here, and in the course of this endeavor, the game uncompromisingly deserves to be recommended only from the age of 18. This might be perceived as a negative, but that’s why it squeezes itself into the ranks of great games for a party or just to the pub.

The game really doesn’t take napkins. You will learn, what Bill Clinton’s latest scandal was about or what is part of the penguins’ mating ritual. The selection for all participants is quite large, because everyone holds a dozen pink cards. 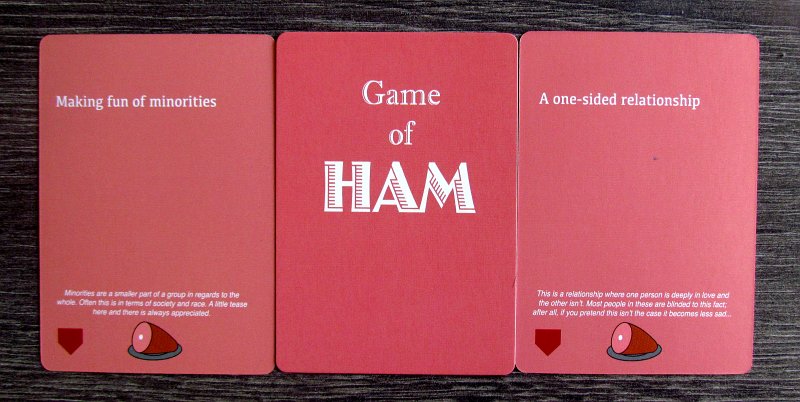 The content is really rough, as is evident from the surrounding pictures. A large number of cards point to sexual innuendos, but you will also find the opportunity to make jokes about minorities, religions or specific people (for example, Jodie Foster).

The length of the game is determined by the players themselves, and thanks to length of laughter, the fun can last for an hour. But that doesn’t matter, because you can involve large numbers of players in the game, and that improves the quality. Pushing rivals back, of course, prolongs the experience.

The game is not about strategy or some clever planning. It’s just about playing the cards, because you want to be the funniest. After all, that’s what a lot of us are talking for, even though they’re not playing right now. So why not just turn it into a beer game? 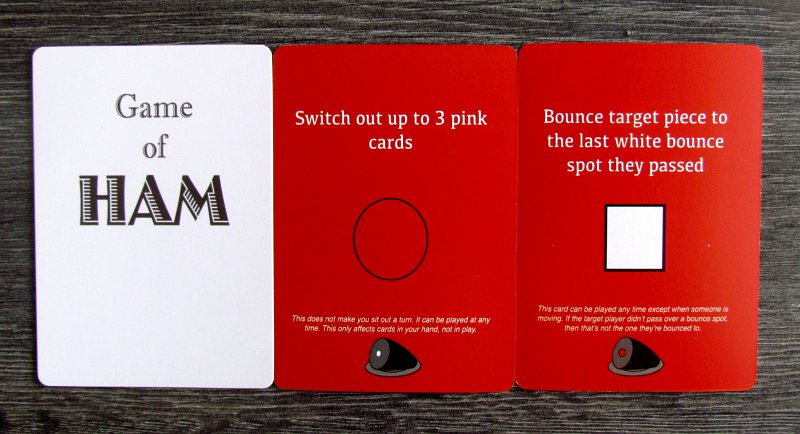 The guide is full of variations and ideas that slightly modify the game or directly offer another way to enjoy all the fun – for example, without a game board. It is only up to each applicant which version he thinks is best. The content also includes a lot of optional rules, which slightly or significantly modify the rules described by us. One artificial player (Hate Avatar) can be involved in the game, forcing kissing between the loser and the winner or emphasizing the power of the attacks on rival figures.

Only the rulebook is too dense and at first glance it can discourage players. The box also contains a sheet for cowards, who do not like to read the rules, but this will deprive you of most of the adjustments and rules. Of course, a complete set of basic rules can be described in a better and clearer way than you can see here. 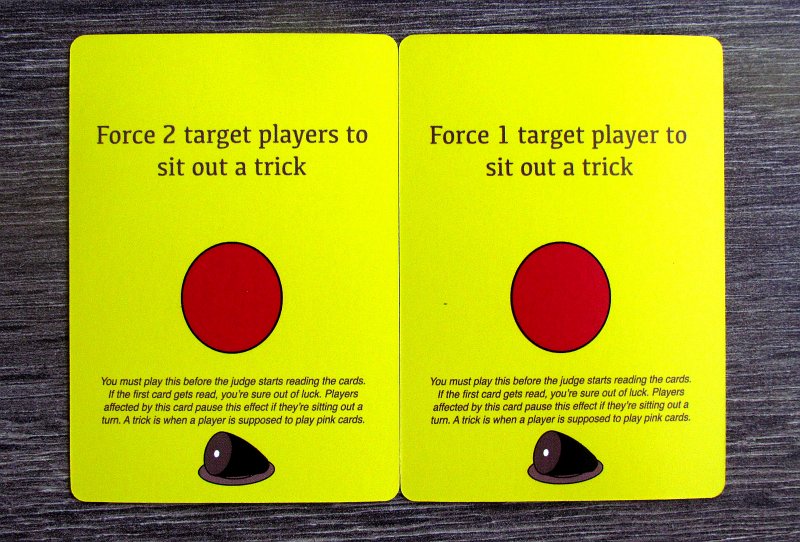 In general, Game of Ham can definitely disgust and offend at least the same number of people (rather larger), than entertain. And yet there is an audience, that will really enjoy the game. You just have to consider carefully, if you are not discouraged by jokes, which often border with good taste. If not, then you might appreciate the tremendous variability of the cards in Game of Ham, as well as your friends.

Don't you take anything seriously? Do you make fun not only of your neighbor, but also of cancer or world powers? Then be sure to take the Game of Ham with you to the party. It's a game from hell. It comes to your house directly from Lucifer and destroys everyone, who crosses its path. Does it matter? It is well. Game of Ham is a game for adults, which has a huge number of variants in stock, but also the same dose of humor.