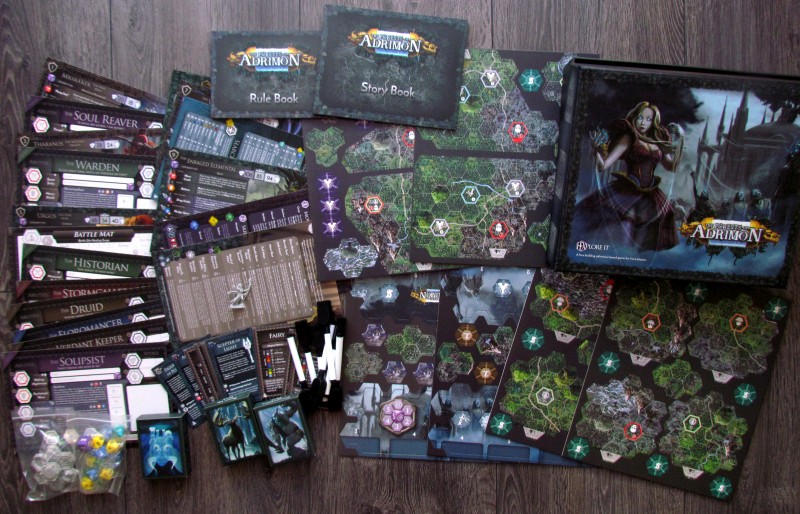 I remember the forest as a place of silence and tranquility. A place where you could blend in with nature. But something has changed. If you tried something like this today, then you could feel the evil. As you soak up the scent of moss and bark, somewhere behind your back, dark power accumulates. A force, that offers no resistence, whispers in your ears and must be obeyed.

Cover your ears and run quickly or stop and try to fight. The decision is up to you in the separately playable expansion of HEXplore It with subtitle The Forest of Adrimon. The following three designers are behind the sequel: Kat Kimoundri, Nathan Loos and Jonathan Mariucci. It was created under the supervision of Mariucci J. Designs and the entire world got illustrated by Yanis Cardin. The second series was also tested by the players on Kickstarter and successfully. The game was recently brought to Europe by Esdevium Games.

The new box lid is intertwined with the threads of the main villain’s thoughts, this time a woman. And it is clear from the illustration, that she can conquer anyone by controlling his mind. Inside, a set of writeable boards, lots of other big and small cards, and especially the hexagonal part of the map await players. 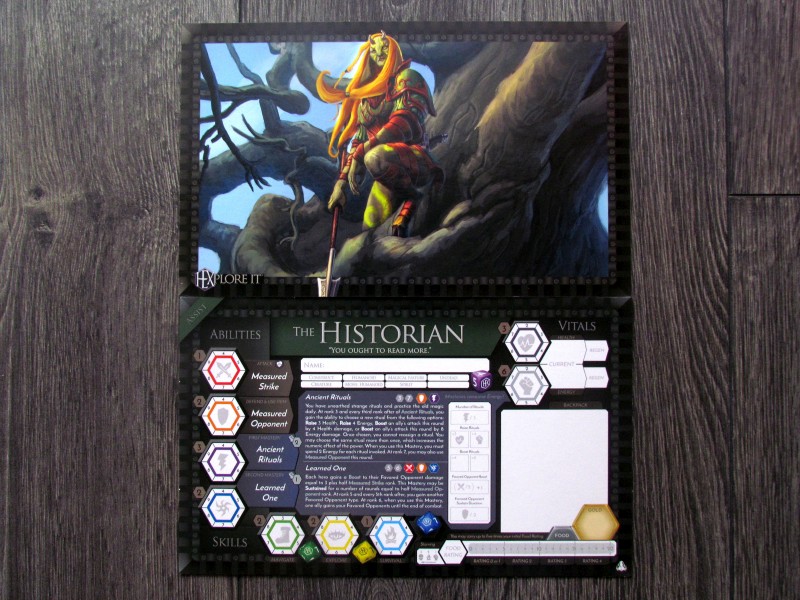 Let’s recall briefly, how to play HEXplore It. It all starts outside the classic round process by creating a unique hero. It always arises as a combination of race and profession. This creates numerical statistics, which then play an important role from the start, but can always be improved. The team moves as one man on the map in several ways. It is the speed of movement, that determines the next events. The group can stray or calmly move forward, looking out for anything waiting for them. Players already know in advance, what they can expect in the next stage, but the dice roll determines the circumstance, that is activated. Whenever there is a fight, it is done without dice, players record the lives of monsters on a special board. The heroes become increasingly stronger as a result of the task, the rewards, the improvements, and the items, until they finally take the courage and confront the main villain.

Everything is beginning to change in setup. Players use relic cards, each connecting with one location. These are a substitute for events. In addition to the traditional surprise, players may expect beings called sentinels, that have a clear goal specified. They do not follow the conditions on the card themselves as we are used to. 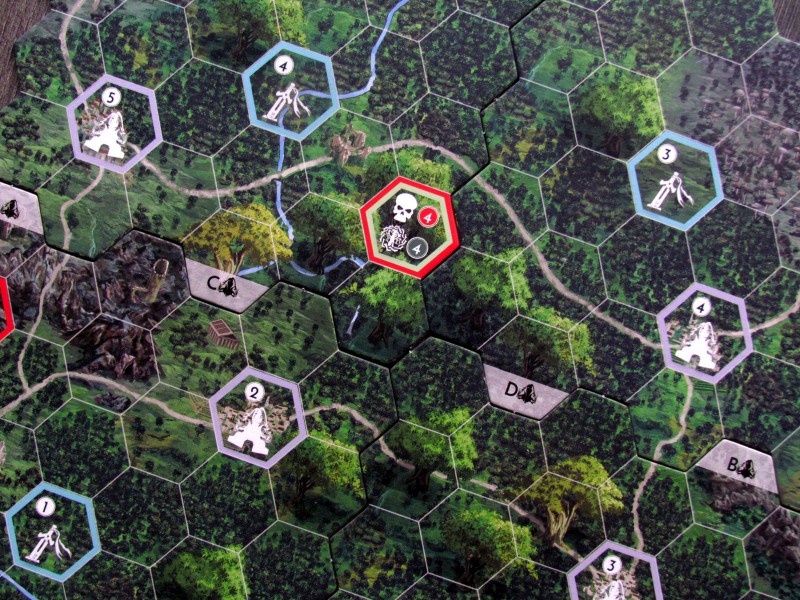 Well, in these standard turn stages from the first version of the game, new rules will immediately make some changes. The circumstances and events are followed by new Magi phase. This is linked to the fate scale, which is increased by one point in each round. For an unprepared player, such a surprise can be very difficult, because after the sixth move, a sentinel is born.

In addition, players can travel to an alternative dimension called Fae at the right time. It serves primarily as a shop. A new dice of fate has also been added. It is octagonal. It is associated with new mechanic of time.

The map is less visually variable, because everything happens in the forest. But it can also have different levels and areas. However, individual places differ. You won’t find any shrines here, but instead new species have their place on the plan. 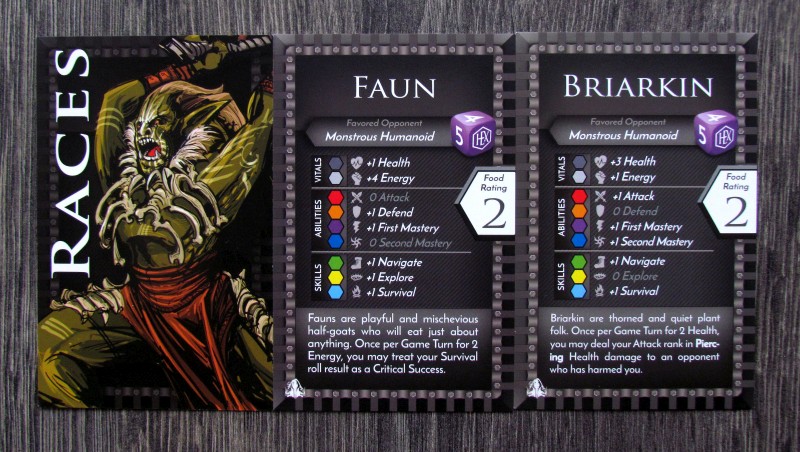 The main boss Magi gets his own town at the beginning, whose location is randomly chosen. But the new bad guys are fun and interesting. It offers new abilities and it all looks fresh and interesting as if you were really visiting a new world.

Throughout the map and in the framework of tasks, heroes can find relics, or fragments. These can gradually be joined together in the forge, creating special strong items to your advantage. Here the game begins to look even more like an RPG with free exploration, which it has been trying to be from the beginning.

If in the original game, the heroes trained honestly, they became unstoppable machines with no enemy being able to stop them. It was also one of the main criticisms, that we had about the original game. Fortunately, Forest of Adrimon corrects the overall impression in this regard and addresses one of the few really deserved criticisms of this unique heroic entertainment. The second phase of the game is also a challenge. 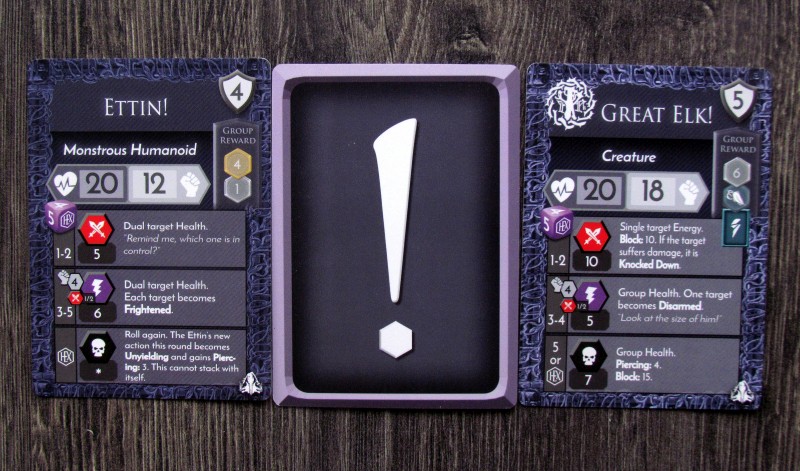 Although in a few games, you will see all task and circumstance cards repeating, the replayability is very high again. That’s because players always have a different character, whether race or profession every time they attempt to complete the game. And the individual beings have a completely different tactics to operate.

All the great elements, such as the food rate (which affects the course of starvation, but also the capacity) remain in place. You do not have to worry that the game with a new addition will lose something in its magic.

The game remains cooperative; But now it can host up to seven heroes. Of course, such a large team is difficult to manage, because we recommend involving a maximum of three others for the best experience. The best game is still in two players. Unfortunately, the new changes mean the game is a bit slower. Two hours will no longer be enough, you must count on with at least 30 minutes more. 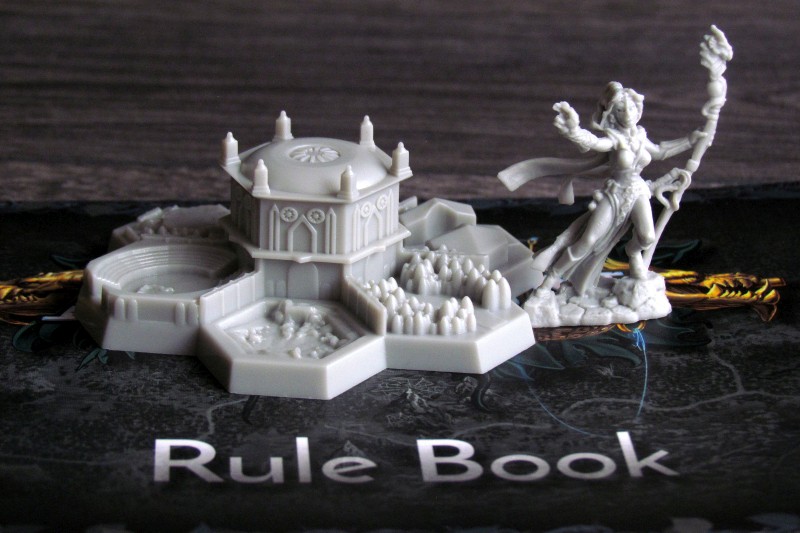 Hexplore It: The Forest of Adrimon is a clear improvement over the original, already great game. It is more complex and significantly better. Progress can be seen at every step, even though these are only minor tunings. With Hexplore It, the expansion of Forest of Adrimon becomes a real deserved hit!

- length of game gets really high

Hexplore It: The Forest of Adrimon adds to everything we love about the basic game. Above all, it increases the difficulty, so that even later phase of the game is a challenge. The game offers new great roles and races, so that you have a really large selection. The variability is incredible. As a result of the innovations, however, the game time is also stretching. Hexplore It: The Forest of Adrimon is nonetheless a great extension.