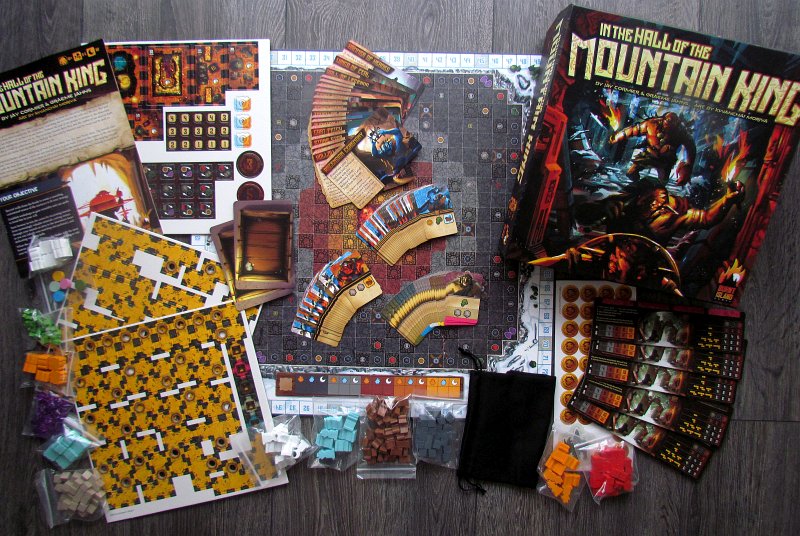 It’s finally here. We all feel, that the time has come. I have never experienced the cold touch of our home caves and corridors, that the captivators stole from us many years ago. The time has come for us to take back, what is rightfully ours. Our scouts have found that the entrance is blocked, so even if there are some enemies hiding inside, they can’t be an obstacle to our strong arms.

The story about return home was prepared for us by Jay Cormier and Graeme Jahns, who together created the board game In the Hall of the Mountain King. The release was taken care of by Burnt Island Games, which tested interest on the Kickstarter server. After success, it now heads to the shelves of shops, in Europe thanks to the company Esdevium Games.

The game is hidden in a classic large square box, on the lid of which we see the inside of the mountain. Similarly, the contents of the box will open before us, dominated by a large two-sided game board. Its space shows us a view under the mountain, divided into a lot of small squares. Players place this map in the middle of the table and a pyramid of troll reinforcements is created above it, a total of twelve in three rows (5-4-3) and the upper rows are equipped with a token of stone pedestals. On the other side of the board, there will be a space for deck of spells and top three cards, that are revealed as starting offer. 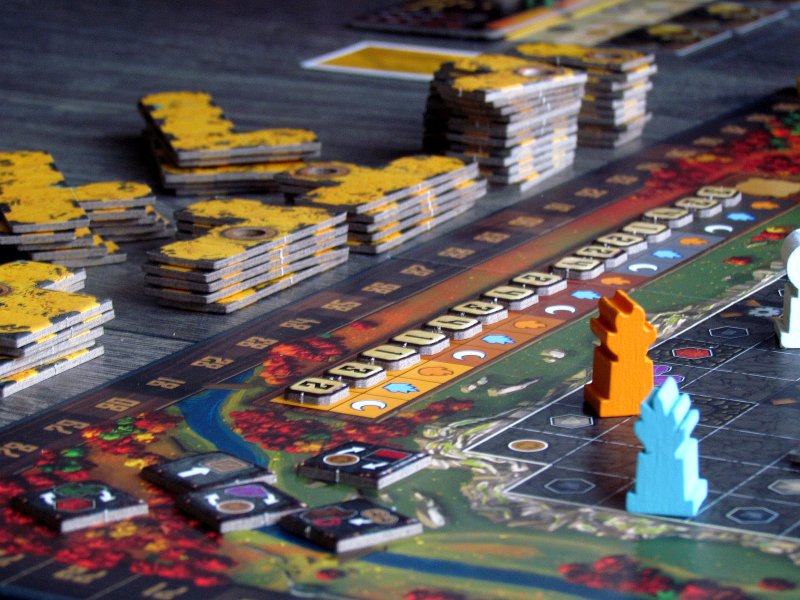 Directly in the right corner of the map, players place an offer of workshop tiles (two for each participant) and place sculptural figures around the entire mountain perimeter. In addition to the board, players will prepare the tunnel tiles, which have different shapes, as well as coronation tokens placed on top of each other and piles of raw materials. After choosing a color, each rival will receive his own game board, place the point indicator on the zero position on the board and the section of the gate on the map. Above all, everyone gets a starting set of troll cards, from which they also start building their own pyramid. It is their identity, that will determine what raw materials the player gets in the beginning.

In the game, players take turns, always starting with a chance to cast a spell or help themselves with one of the workshops bulit adjacent to their excavated paths. In the same way, they can improve the situation for the next phase, in which they have to choose, whether they want to expand their forces with the help of a new troll, or rather engage their workers and start digging a tunnel from their entrance gate. 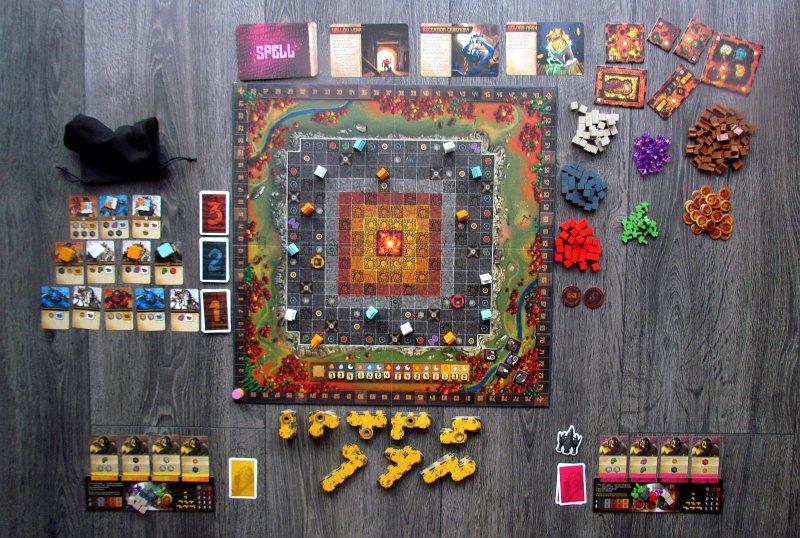 A player can add up to ten trolls to his team, and their purchase price increases as the player moves up the supply pyramid. In order to win a top troll, he must bribe everyone under him (whoever is holding him on their back). The acquired character (even with possible equipment) will be taken by the player and added to his own building of bodies.

After his arrival, all the trolls below him are activated as a cascade, whether they are standing under new addition or even lower. The individual workers each receive all the raw materials corresponding to the icons shown on their card. The player places it directly on the card and thus covers the icon with this selected image. Such a hidden icon will not bring any profit next time until free again. 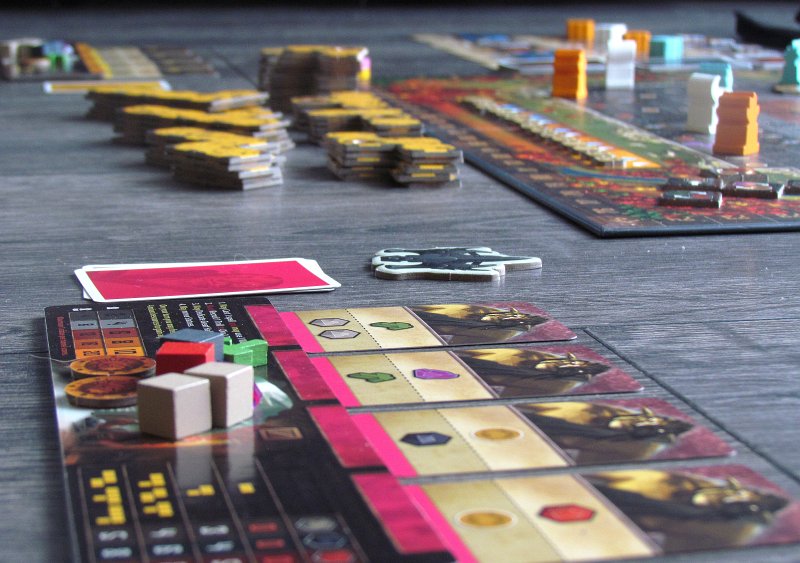 All troll hands will then be used to dig the tunnel into the interior of the mountain, in an effort to reach the halls somewhere deep within. Players can buy one of the tunnel pieces in the offer for their accumulated raw materials. Its price depends on the size. With their help, the player gradually expands his network from the gate deeper. The tile also brings him a set of points, which again depends on the size, but also on the raw materials, that were spent on its construction. Sometimes they have to dig through layers of rubble, that costs even more raw materials. Other times he comes across a statue buried under a stone (that is uncovered and stands in the hallway) or some forgotten raw materials. But the tunnel must never connect to the network, that the opponents are building. So every corridor clearly belongs to one player from the beginning to the end of the game.

If the connected tile has image of a ring on it, the player can only build a pedestal here at this moment. But he has to own one from some previous purchase of a troll. It is also possible to build one of the available workshops, if the player dug into the vicinity of one of the building plots. 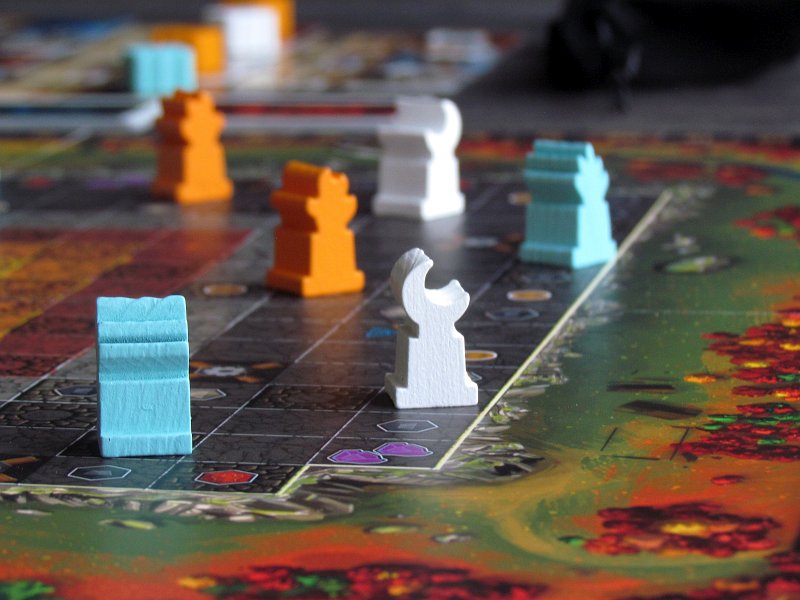 At the end of his turn, the player can take the board of the large hall and cover some of the excavated tunnels with it. This construction will bring with it a new field of the altar, but above all it is a promise of additional points at the end of the game.

But the tunnels are just the beginning. The player can spend cart tokens and move one of the statues in his network of corridors towards the center of the mountain. Their position will be important, when two participant in the game recruit a tenth troll to his team. At that point, the final scoring begins, which begins with the reward tokens for completing the troll scrum. Points are awarded for raw materials, pedestals placed, large halls connected to the player’s net, but above all for statues based on how deep in the mountain they managed to penetrate. The player with the highest grand total becomes the winner.

In the Hall of the Moutain King is an interesting digging game, in which everything revolves around tunnels and their inhabitants. Players need troll characters to bring the necessary materials to the game. Then it’s just a matter of how to use them appropriately. 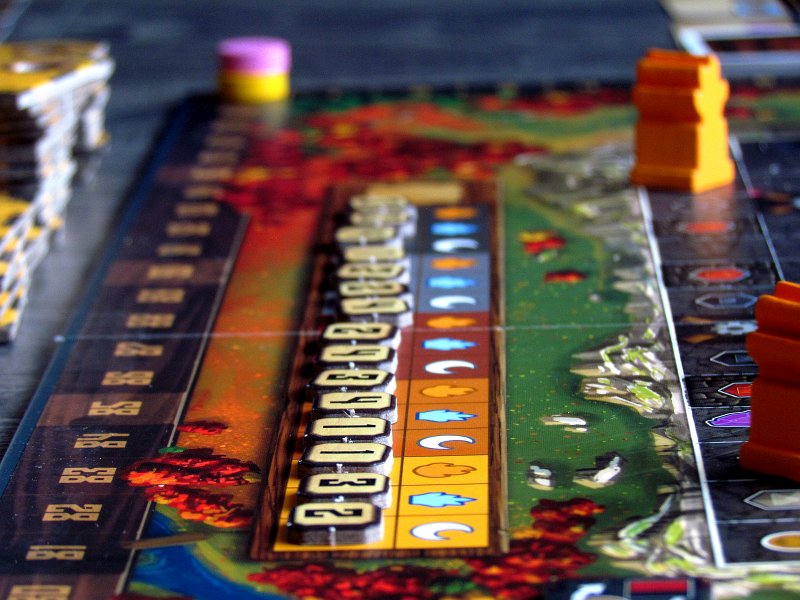 The figures of the diggers themselves are of great importance. Players build a pyramid from their cards, which they then activate from top to bottom, in an effort to obtain a sufficient supply of resources. But we must not forget about hiring them, which in turn gives players important pedestals.

While in the beginning, players feel, that everyone is building their own path and have nothing to do with each other, over time, the space under the mountain will become more and more crowded and in many places, they will block and compete for valuable positions. This is because positional play is absolutely essential, whether it is an effort to get to the very center or a constant effort to win more statues for oneself. 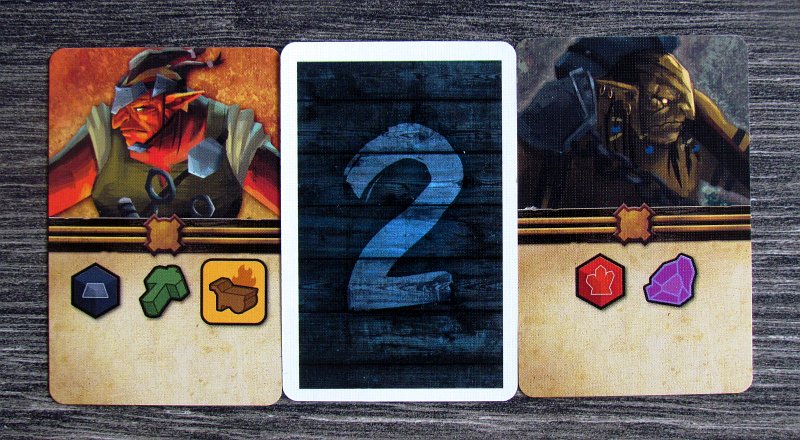 Like pedestals, there are several types of statues and each can only be moved with certain types of carts. So players have to plan their trolls really well and combine them with suitable pieces on the plan, so they can move forward effectively. After all, statues are in the end the most valuable and ideally if they stand on a pedestal that has the power to double their value.

The only real problem can be long turns. Because the piece can be rotated differently during placement and there are many positions to choose from, it is not easy to decide quickly. So if one of your regular teammates is bothered by this way of delaying the game, then we recommend that you consider well, if this game is for you. Turns can be long. 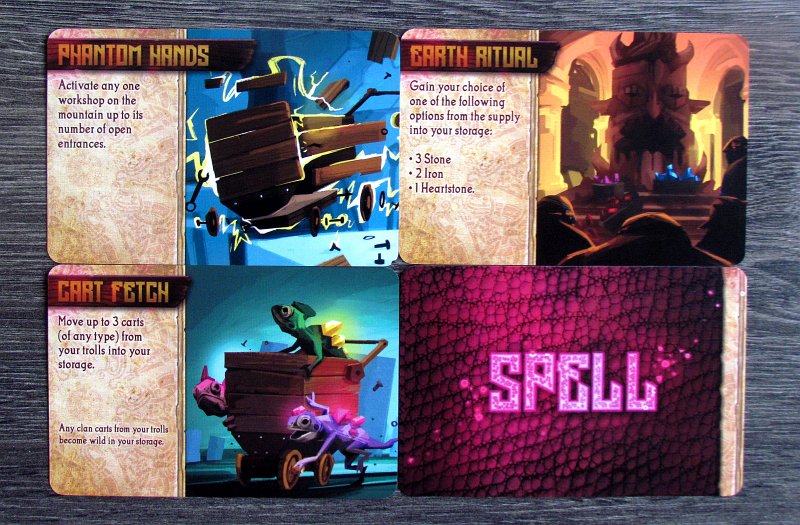 Thanks to the mentioned contact between players, it is clear that a higher number will be the right one. On the other hand, this is where the waiting for the turns will become even longer, but your opponents’ turns are also quite interesting and important for you, especially in the later stages of the game. So it’s all about patience. The whole game lasts less than two hours. In two, however, it is almost half the length as the pile of trolls held by players is growing faster.

Despite the excellent processing, which is dominated by a large game board with enough space for all participants, we get a slightly abstract feeling from the game. But overall, everything looks fantastic and you will visually enjoy the game on the table. 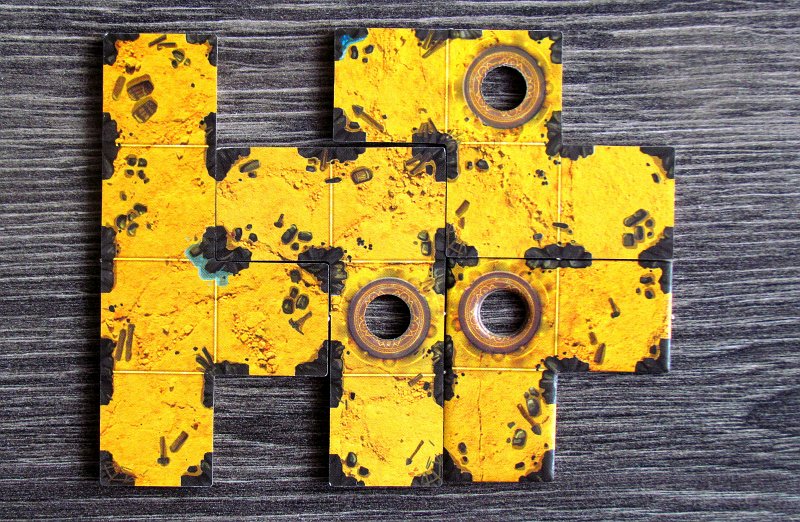 In the Hall of the Moutain King is a very original and interesting game, that offers surprisingly easy rules and rich scoring options. However, the process is slightly more complex, so it cannot be described as a game for beginners. But that doesn’t change the fact, that it offers really great gameplay, which has only one waiting point in its beauty. In the Hall of the Mountain King, however, despite this small shell, is an excellent fun.

- turns can be very long

by Dušan on 09. 09. 2020
Where else could we try to hide from the ever expanding darkness? It already seemed, that we had managed to repel its arrival and we returned home. But a [...]

by Dušan on 21. 08. 2020
As if the house had its own consciousness. Sometimes it seems so, although my husband keeps telling me, that it’s just software. Sufficient computing [...]
Comments
Leave a reply