by Dušan on 09. 02. 2016
1
TOP Dětská
previous article
Review: Hansa Teutonica - life of a German businessman
next article
Preview: Heldentaufe - teeth, the most valuable thing on each monster 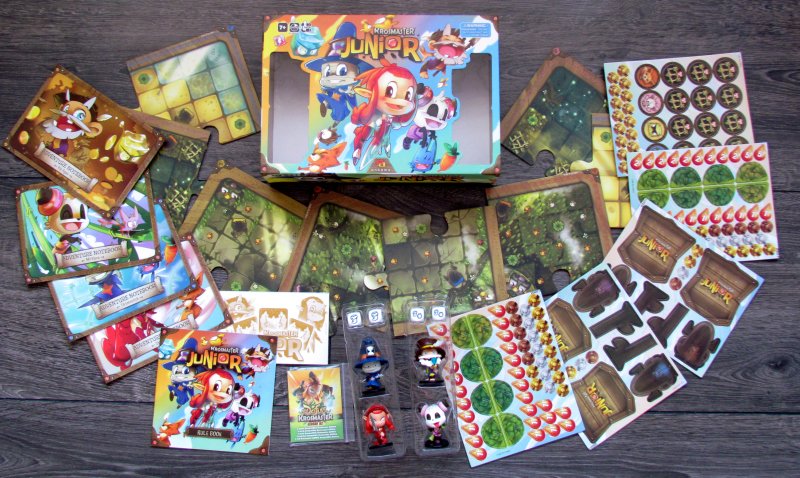 Our parents have left us for battle. But that does not mean, that we children will be mindlessly flapping in the water, playing hide and seek or just be loitering. Instead, we sharpen our swords, brew magic potions and no morning will see us not giving ourselves a proper warm-up. We want to make our parents proud.

These children will train with our help in new board game Krosmaster Junior, that goes in the footsteps of its adult brother Krosmaster Arena. Even behind this new installation in Krosmaster series, Ankama company stands behind it all. And Esdevium Games provide distribution channels for it. This new game was created already in 2014, but in fact came up on market in 2015.

On the cover, we see a smiley happy main hero. He does not even know, that he will punch each other noses with his rivals in a moment. All interested buyers will surely be attracted mainly totwo elongated windows, which in horizontally oriented box give the possibility to peep on heroes themselves. Yes, miniatures are no secret and are the main ingredient of Krosmaster fun from the beginning. 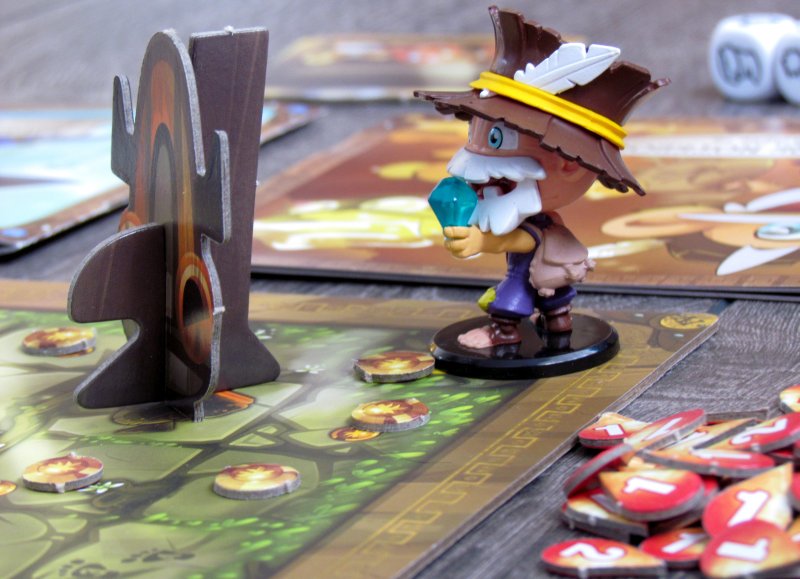 But while there are miniatures on sides , together with four white dice, middle is the real deluge of components. There are not only basic rules, but also four manuals – one for each hero. But when you skim it properly, you will find, that they do not differ in content aside from illustrations focues on that character. Fortunately disappointment quickly subsides, when you find game board, cardboard chests, small injury tokens, precious kama stones and parts to build a totem or bush. There are friends, who will help you in your victory quest (represented by tokens) and a record sheet. And of course game board creating four arenas on two doublesided puzzle plans.

Game itself is divided into seven adventures, that can be played in a raid for points or choose only some of them to make it shorter. First part of these seven quests also functions as a sort of tutorial for learning and you will probably not want to repeat those, as they are no real fun. 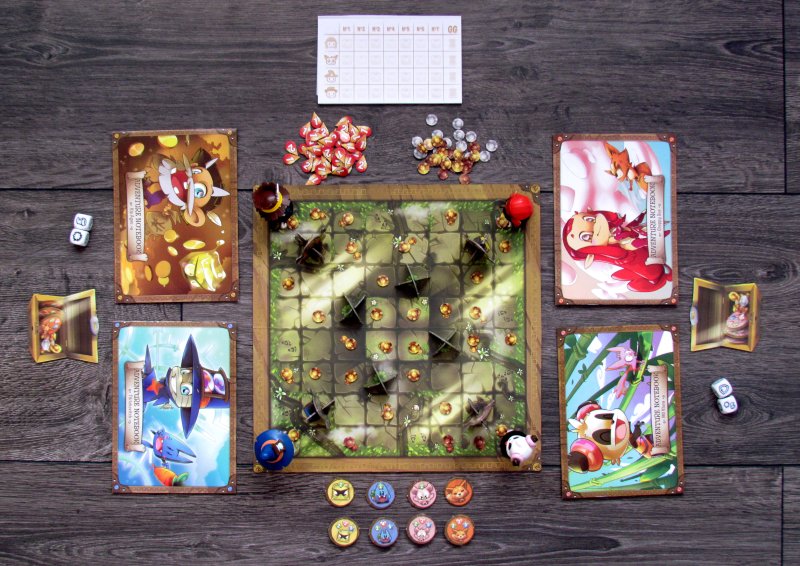 But gameplay is mostly similar, although task is always a little different. Players choose the appropriate side of board, fills it up with kama stones, bushes, totems and possibly cages with locked friendly creatures. Of course, everyone chooses one miniature and puts it on selected starting position.

Each character has its own points of life, movement and actions. For MP’s (movement points) may he move his pawn around the board in the first place. After getting into an advantageous position, also action points can be used to lift objects or attack. Characters can use magic or fight at close range. All participants have a choice of battle fireball with a range of five fields or the ability to put a huge punch to his enemy.

In both cases, dice comes into play and they can make a hit out of the ordinary and raise critical damage (each skill has indicated its damage) by 1. When you (or your little friends) are attacking another player, he can parry, if he rolls shield on his die. If two figures are located on adjacent spots, it is not so easy for them to leave it and must try to evade (again with the help of dice). 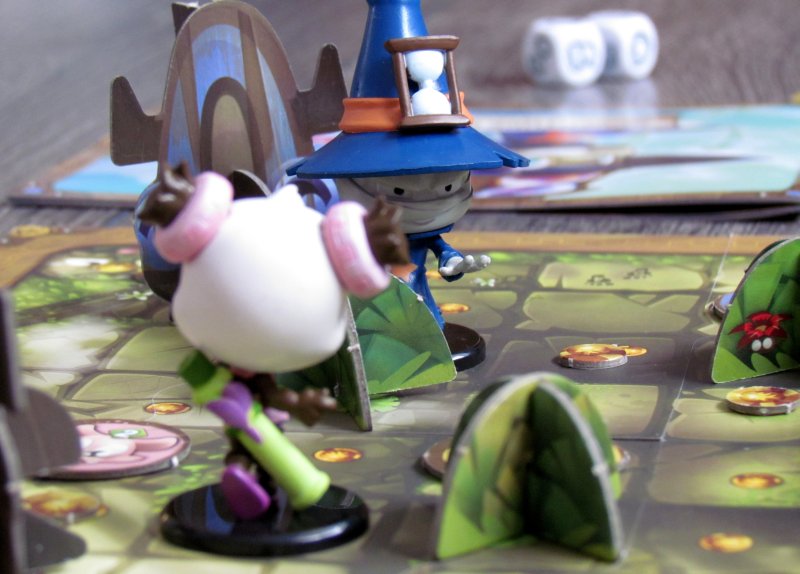 All the characters have their number of lives. Whenever hearts of some Krosmaster fall to zero, he is eliminated from the fight and can only watch others. Once there is only one fighter standing in the arena, he becomes the winner.

Krosmaster Junior certainly could have been better game. It is really very simple and uses only very basics of its great master. It lacks many things on road to perfection, but it’s all because game main raison d’être is really aimed at younger audiences. This makes Krosmaster Junior such an apprentice of the big and all-powerful Krosmaster Arena. While there is 7+ printed on the box, it is already playable from six and is better accessible. That’s because initial adventures are really simple.

But when it comes to real playing and adventure, ultimately only last three are interesting and replayable. Of those, in the last two can players also use fireball and ranged attack. Every adventure has its own conditions. Most interesting is the butterfly missions with number seven, which allows players to employ demons. Players can buy them on special places for collected money (kama tokens scattered across board). They will become friends and help them in their battle for victory. Players will therefore often be controlling not one, but multiple characters. 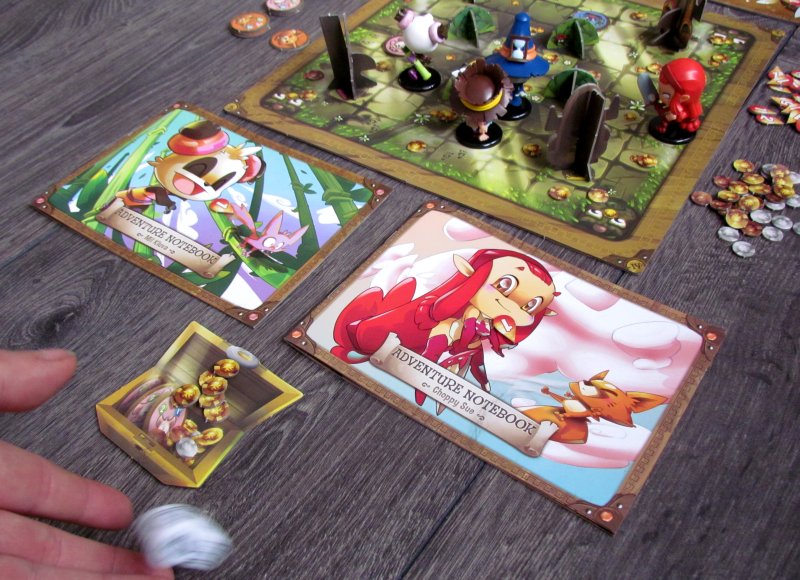 A winner is ultimately always determined by the last warrior standing. There is not, therefore, any space to become friendly with other players. From beginning to end, they must challenge and attack each other, but also use their positions of characters effectively. Why? Because ranged attacks play a major role as well as ability to maneuver well.

Krosmaster Junior has a great ability to introduce children to the basics of gaming with miniatures. Gradually, little by little in the adventures, they will learn everything important. Eventually, though, only last three stories remain to play. To get to end of each of them, players will need some five to ten minutes depending on the situation. Altogether, last three adventures playthrough is done in about twenty to thirty minutes.

Game is much more interesting, if there are more miniatures on the board. In two players, the game is pretty slow and not so interesting. Players can hold each other in check better, when number of players goes higher. 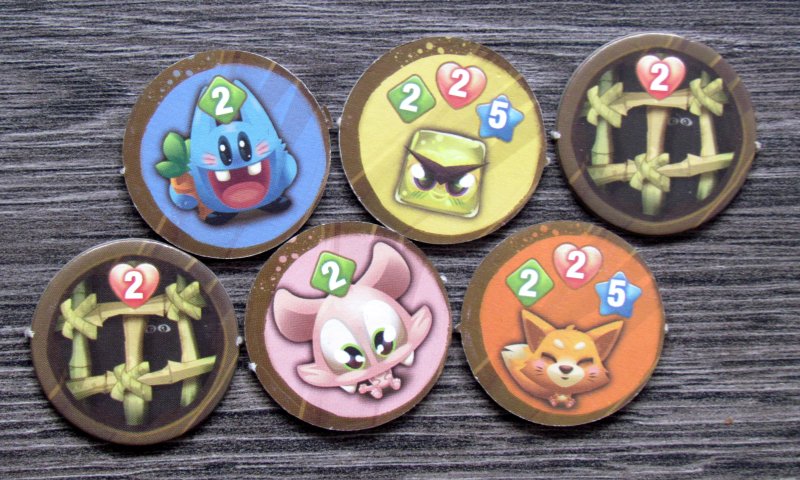 But the biggest concern we have is considering longevity of this game. For adults, this game is too simple even children will soon grow out of it. Yes, it can last you as fun for several years, but then loses its charm and little players will be drawn towards more complex games. And here, only one fact is saving the day: pieces can be used in Krosmaster Arena as well! In this case, box also comes with cards describing all the necessary qualities and uniqueness of each character.

Processing is excellent again. Game looks beautiful and miniatures are just amazing. That is also reason, why we have all grown to love Krosmaster so much. Children will enjoy crazy illustrations on pages of their books and everything will be attacking their senses successfully. 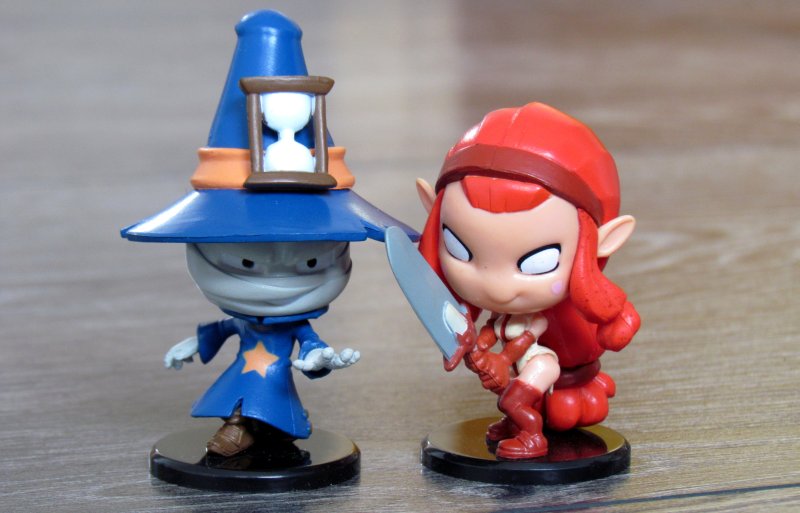 Krosmaster Junior does not offer all adventures as full-fledged. But those last few ones, that are replayable for fun, are enough incentive for children to return to the game. At least until they grow into more complex games. Game offers a reasonable level of tactical opportunities for small players and additionally excels in processing. Krosmaster Junior offers tactical combat for children and in that it’s a great kids game.