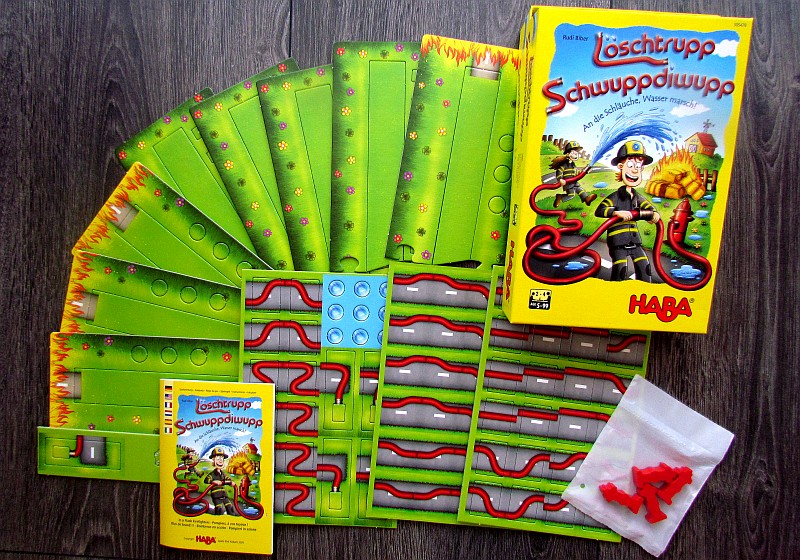 When the siren sounds, we quickly jump into our car and rush through the streets towards the fire. But even if we stop in time, our fight is far from being won. Before we can turn the tap and start extinguishing, we must first get ready and unwind the hoses. Well, this time we found out that some joker has played with them. We have to untangle them quickly, otherwise not a small piece of hay bales will remain.

The HABA company invites us among the firefighters, under whose logo the new children’s game In a Flash Firefighters, in the original Löschtrupp Schwuppdiwupp, is published. Its author is Rudi Biber and it is a fresh novelty of 2020. Pascal Nöldner contributed his illustrations to the game. 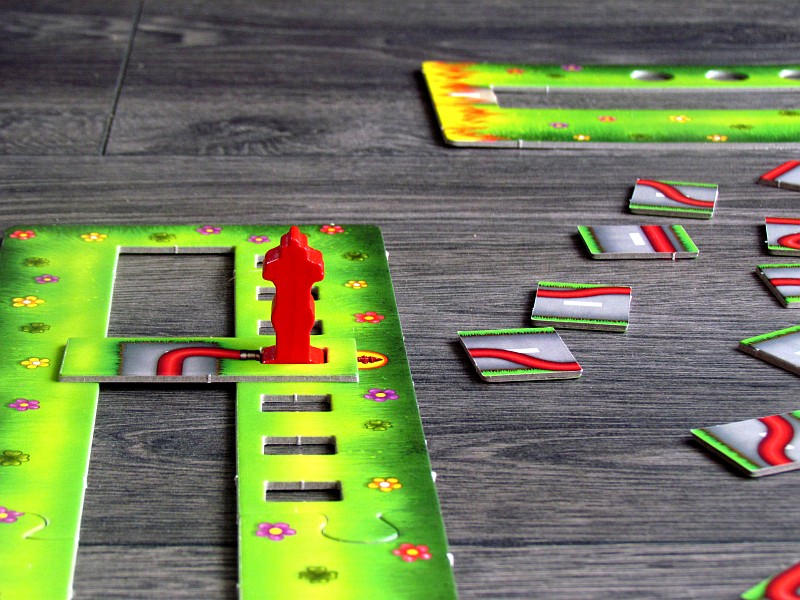 The box is small and on its lid we see firefighters battling with disobedient hoses. Inside, players discover a pile of cardboard parts. Of the largest tiles, each participant in the game draws up his game board, which includes a long empty space for the hose. Here, each of the players places his starting board with a hose, which he connects to the hydrant (it has its wooden figure and a marked square). The opponents then jointly place all the mixed hose plates together in the middle of the table, face up.

In the game, players all try to find one board after another at the same time, and only one, that will allow the hose to be connected to the existing position. At the same time, the transport of water must really connect. Player may not recognize it at a glance, but he can take the plate (with one hand!), try to attach it and if it does not fit, he can return it to the center of the table. 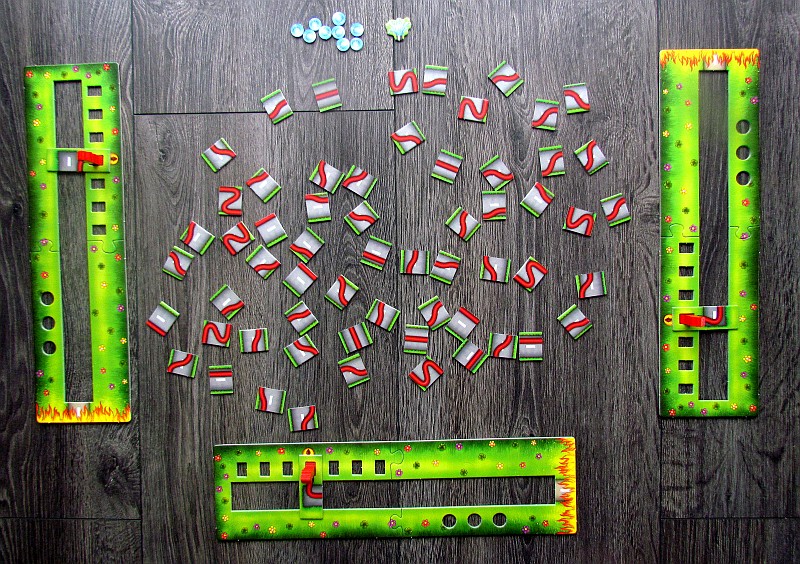 When one of the firefighters is able to connect the hose to the place, where the water flows out of it, he announces this fact to the others and wins the round. He managed to put out the fire. Of course, the inspection may reveal, that the hose does not connect well. In this case, the round is repeated. The winner of the round will always always receive a medal. And the one who wins the first three medals becomes the overall winner.

Löschtrupp Schwuppdiwupp game is a connecting game, that requires a quick eye, coordination of movements and, of course, the ability to function under time pressure in general. Players have a common offer of pieces, that can be connected. There are several for each position, so the search is not that difficult. Nevertheless, it is possible to make a mistake and it is especially successful for children. 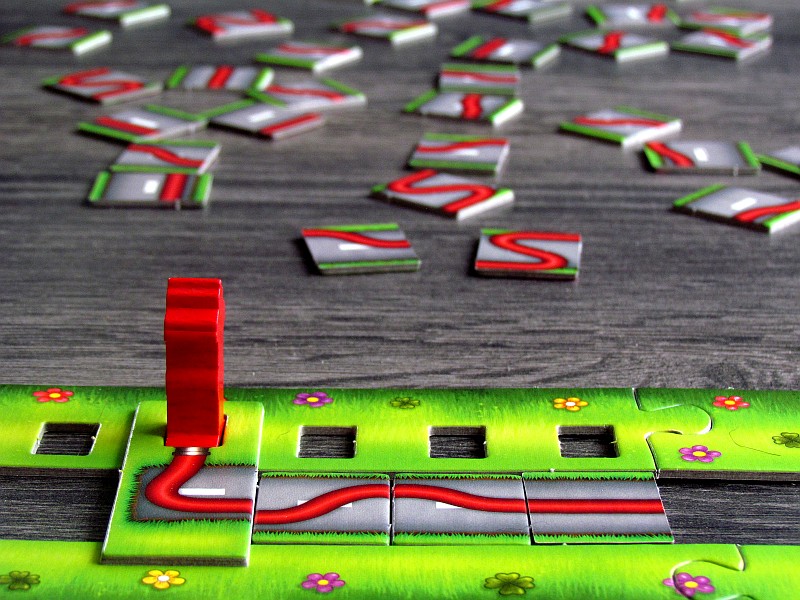 The game has very simple rules, because it tries to attract the smallest players. It requires a good guess and clever fingers. At the same time, it trains these skills very well in children, so it becomes not only a rivalry, but also a bit of training.

Everything looks great, but the theme is attractive, of course, especially for boys. They will certainly not refuse the chance to wear firefighting overalls. In addition, one round victorious is still far from deciding, so even the mistake is not a fault of victory.

At the same time, the speed of the whole game means that it is also suitable for competition across generations. Finding the right connections is a challenge for everyone. That’s why parents can play with their children, probably again mainly fathers. 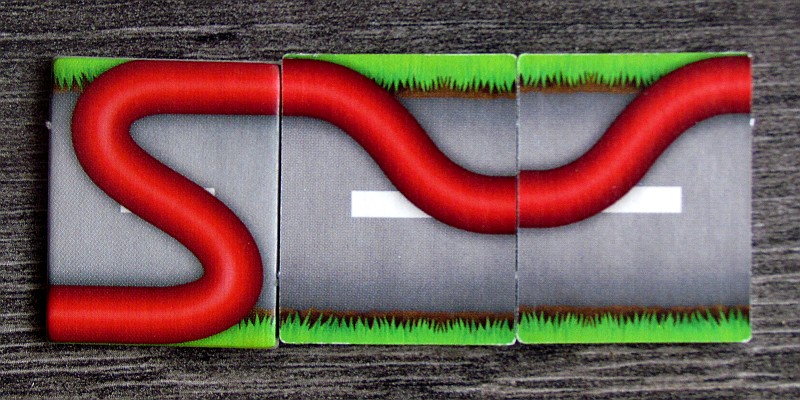