by Dušan on 27. 11. 2019
0
previous article
RECENZE (Ondra): Na křídlech
next article
Review: PARKS - on the way through America 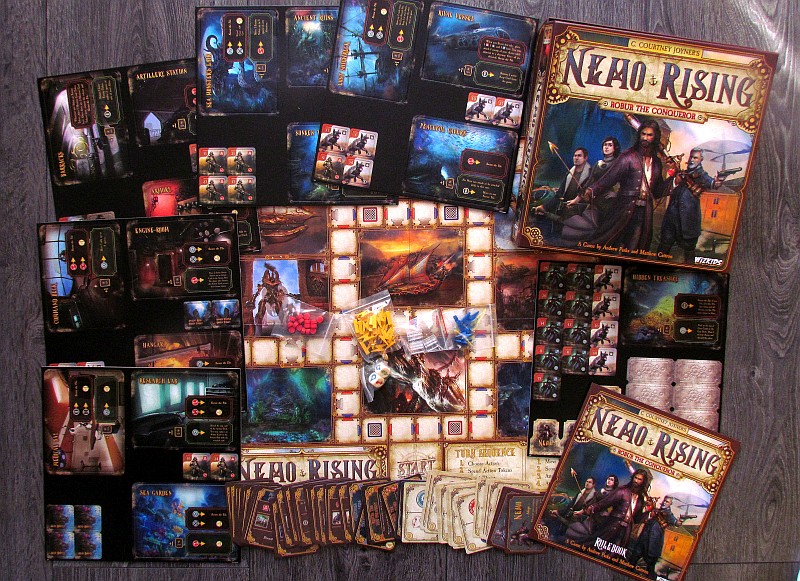 He is a mysterious man, who spends most of his time in his quarters. It’s not easy to learn about it. When he comes out, he usually has some surprising news for us, that take us into a new adventure. It is never certain, where he will direct us next time. In the air or underwater, he knows all these places and nothing surprises him. So if we are to run into danger, then there is no better man, to have by our side.

And author Andrew Parks and Matthew Cattron invite us for a visit of the mysterious character Nemo in their new board game Nemo Rising: Robur the Conqueror. The play was based on the books of C. Courtney Joyner, who tried to reimagine the legendary books of Jules Verne. The adventure genre is popular and although the new book has not reached the quality of the original, it is certainly not trash. And so, Wizkids releases a board game on the same theme, an adventure happening 20,000 miles under the sea, and is distributed in Europe by Esdevium Games. 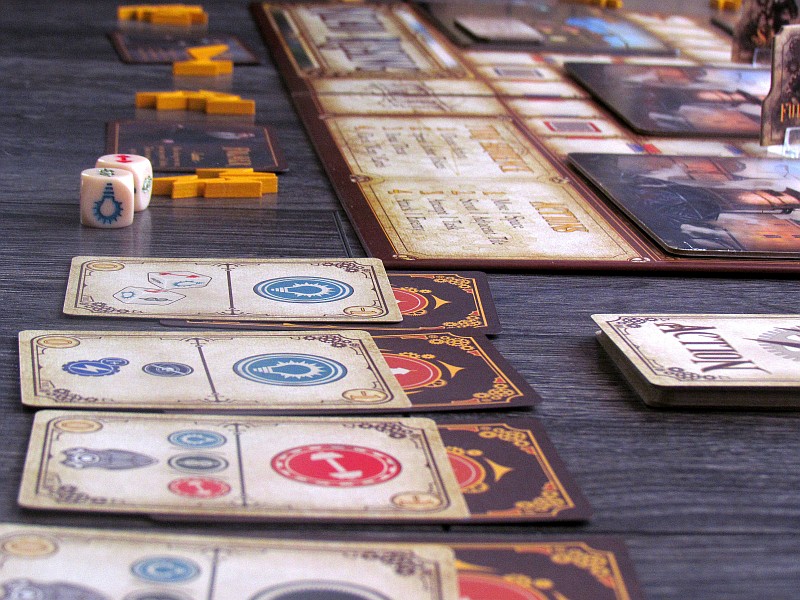 On the lid, we see all the main characters, ready to face any challenge. There is a large folded board inside with room for eight adventure boards. But there are twice as many of them in the box, as there are two scenarios waiting for players – one underwater and one in the air. Therefore, before the start of setup, the team must choose together, where their experience will take place. The selected tiles are then shuffled and placed with the image down on empty spaces of the board. They place tokens and dice nearby.

Each scenario also includes a separate mission deck, which needs to be shuffled to reveal the top two cards and place them near the board. Their composition also affects the position of the token on the board of unsuccessful missions, because it marks the difficulty – together with points according to the selected difficulty of the game. Aside, they prepare a supply of threat cards, equipment, an action deck, and also set enemy tokens nearby. Above all, however, each team member gets one random hero, gets his card and miniature, which is placed in the stand on the starting field of the plan. The starting gear for each participant is also six action tokens in the shape of lightning. 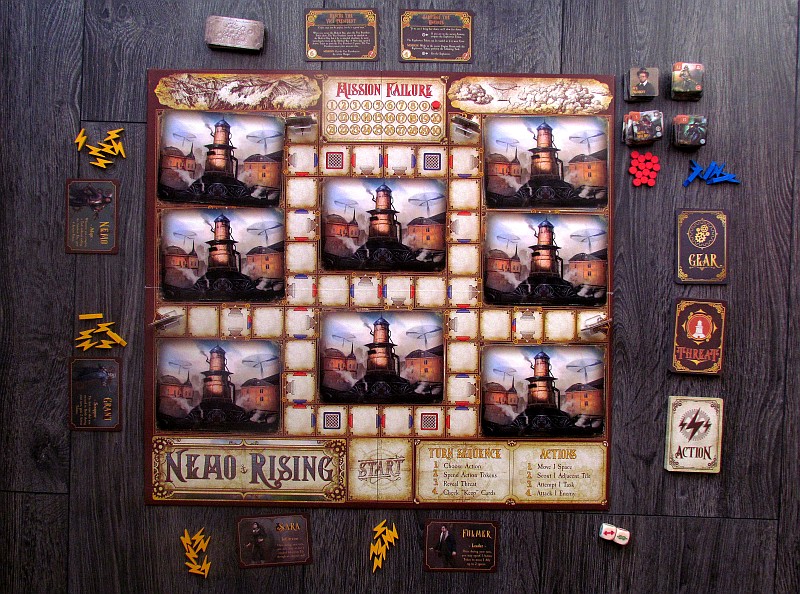 At the beginning of each game, players should reveal one threat card and execute its instructions. They bring new enemies to the game, and later it will be with these monsters, that will also move. But then, for the first time, the players themselves come to action and they go through two phases of the turn. Each turn, they repeat everything over and over again.

First, by placing threat and action cards, they create as many pairs of these two types, as there are players. In doing so, the threat cards remain face-down and players do not know their identity. On the other hand, action cards reveal their options straight away, creating conditions for players to choose from.

Each player then completes his turn, always starting with gaining six action tokens (in the form of lightning) and after that, by choosing one pair of cards. He has to rotate the upper one now, depending on which of the two actions offered he wants to use. The second part turned upside down cannot be used anymore. At the same time, player has to pay the price in the form of mission points, which are listed in the right corner of the selected card. Its symbols will help the player in any adventures awaiting him in turn. 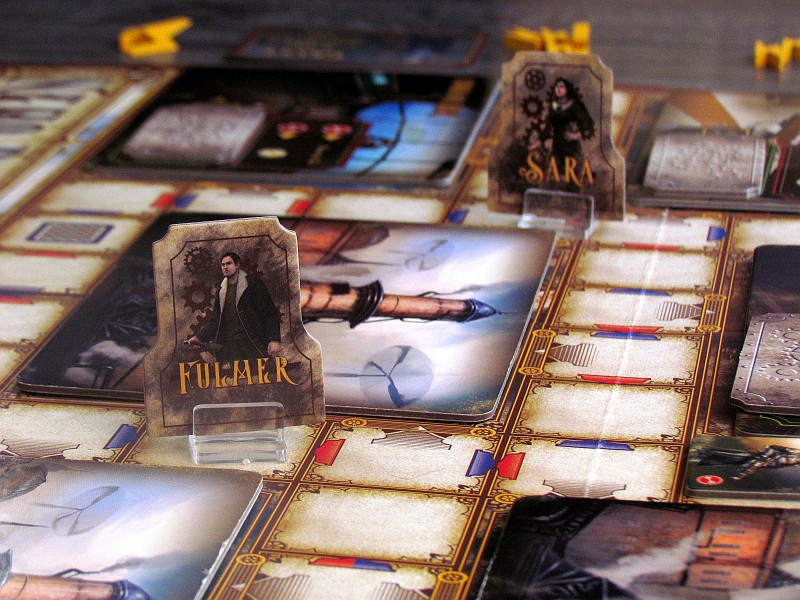 With the help of action tokens, he can move his figure between locations on the map, which is connected by a symmetrical path. One flash is then required to move the hero to the adjacent space, faster movement is really challenging. The actual locations are then accessible with the help of doors. But they will only be accessible, when someone explores the unknown place. This also happens next to the door and by spending one chip, the player can turn the board and see what the place is actually there.

Each such place is then immediately accessible and it is necessary to cover the green action box to indicate, that the heroes have yet to gain control over it. For now, its in chaos. This brings some challenges, that requires players to spend one or more skill icons. They can get these icons not only from the mentioned card, but also from a dice roll, where it is much less likely to fall the precise one icon. If player’s attempt fails, then a new action token can be used to get the chance. Failure to meet often can mean some unpleasant penalty. 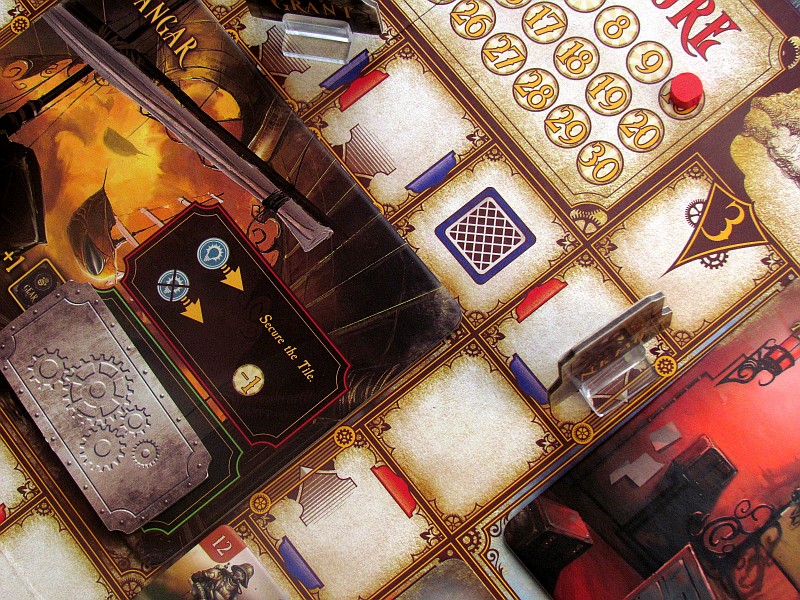 If a hero meets an enemy somewhere along the way on the board, whether in the aisles or locations, he must measure his strength. However, the losers is decided as if the players were performing the task. Each opponent has an icon in the upper right corner, which the player must spend, whether from his cards or try to roll for it on the dice according to the classic rules.

But how do those enemies actually get on the map? Once players spend all six of their action tokens, they must reveal and evaluate the threat card. These cards will not only deploy monsters, but also move them in different directions.

Players will be rewarded in the form of a single equipment card for successfully clearing the location from any inconvenience. But mainly players are interested in fulfilling the mission cards, which were revealed at the beginning of the game. At least four locations must be explored and secured. Once all this is true, all they have to do is return to the starting field as a team. The main currency in the game is the mission points, that players spend, but they must never fall below zero. In such a situation, the whole team is losing.Nemo Rising is a game, that invites players into the company of one of the most famous adventurers. Next to him, they will fight enemies, explore locations, and above all they must prove, that they are not afraid of anything. 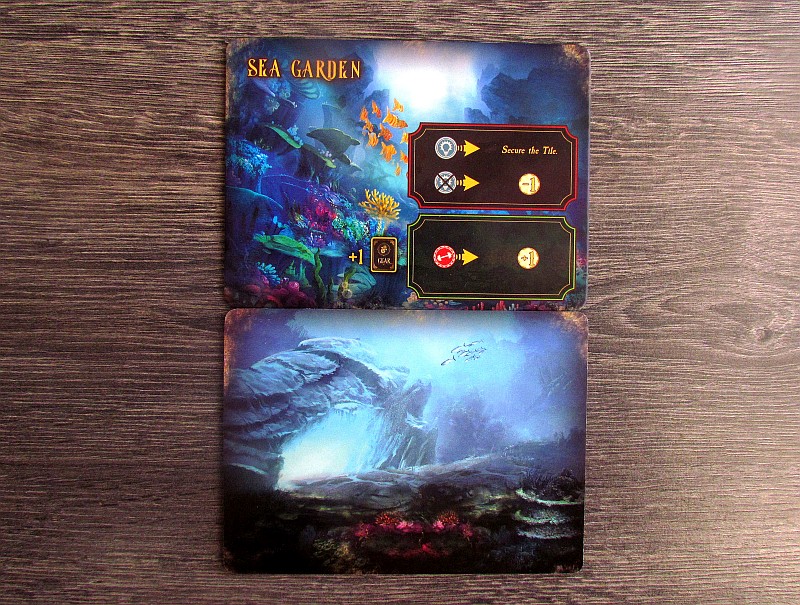 The basic premise is, of course, cooperation. First of all, players agree and try to cover the needs on the map as much as possible. At the same time, however, it is in their interest to be in one place together at some point, so that they can roll two dice at the same time instead of one attribute die, making them considerably more likely.

But the heroes take turns in their efforts. Their goal throughout the game is clear. That’s because the usage of action always forces to move action flash tokens the player from the left side of his character card to the right. It is soon to be seen that he runs out of action and it is the turn of the next member of the team. 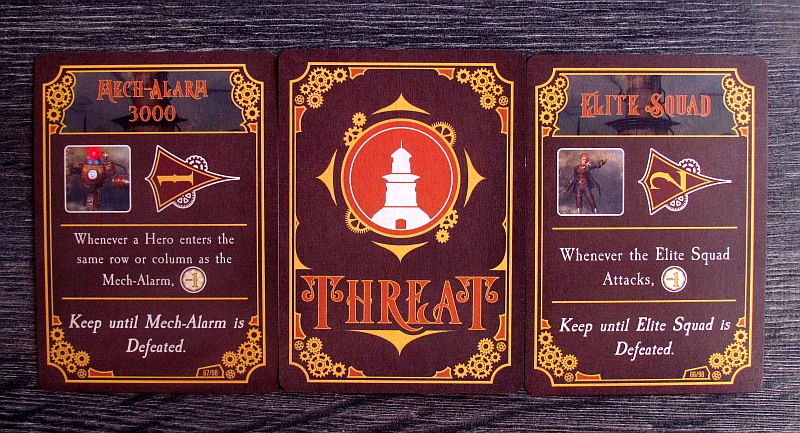 The game has enough interesting hooks to attract beginners. There’s a good sense of exploration for them because the locations are hidden, but above all building your character with the help of new equipment cards. The adversary’s movement is unpredictable and with it comes the tension, that it so urgently needs. These moments of uncertainty are the moment you will enjoy best. And then those, where you have to respond correctly to the situation.

Surprisingly, the game is not susceptible to one player controlling the game. Maybe this is because players often roll the dice and above all, because none of the activities is overly complicated. Everything is clearly laid out in front of you and the team is clear about what they want to do. Unfortunately, it may happen to have a different opinion and the cube can not be avoided in this game. 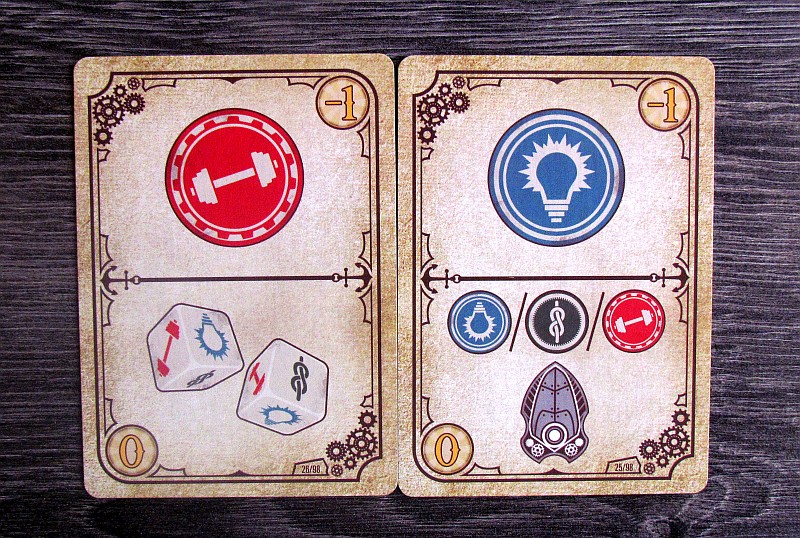 The players somehow influence the length of the game by their success, but easily fits within one hour. This again corresponds to its focus on undemanding players. In a lower number of players, the game is more difficult, because players have to move more strongly.

Processing is only slightly above average. We do not like the board very much and opinions on the illustrations differ even in our editorial office. You will look for miniatures in vain, instead of them there are cardboard figures with stands. We did not like the structure of the rules too much. On the other hand, the cubes are really nice and the pile of wooden components as well. 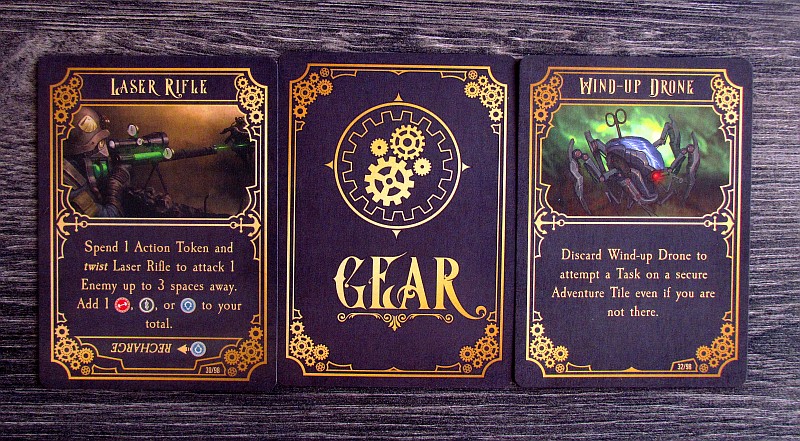 Nemo Rising is an interesting cooperative game, but we expected a little more from it. This is an adventure game that will be enjoyed mainly by less experienced players who will find the adventure interesting and full of events. But if you have more experience with games, then in the box you will not find too much new or interesting stuff. It all depends on the point of view, which means that Nemo Rising is a slightly above average game.

by Dušan on 06. 12. 2019
Spiders! Well, would you believe that? We have lived on the island for more than a month and they have only appeared today. They crawled out of somewhere [...]
Comments
Leave a reply