Review: Tiny Epic Mechs – one giant robot for everyone 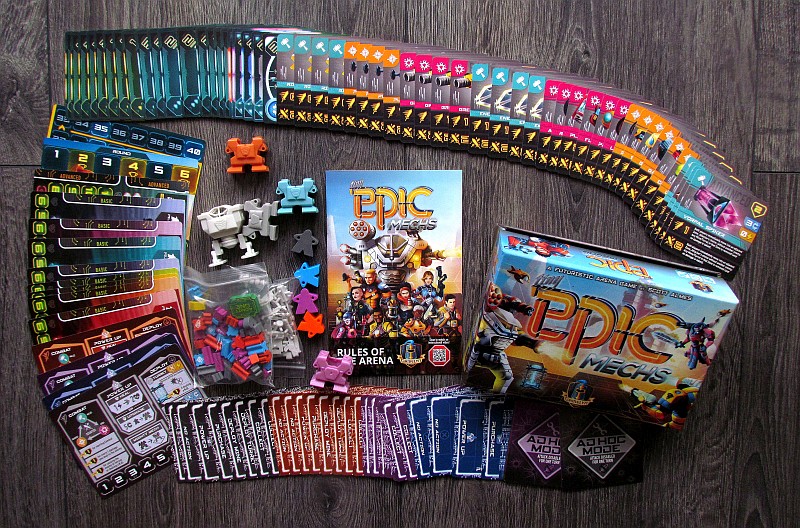 Matches are no longer, what they used to be. The year is 3030 and machines are fighting in the ring instead of people. Game called Tiny Epic Mechs brings this story, designer Scott Almes has released it under the auspices of his company Gamelyn Games. This news for 2019 is being brought to Europe by the distribution company Esdevium Games. Roland MacDonald decorated the game with illustrations.

Inside a small box with all sorts of robots, we can find a large flood of cards – bigger and smaller. At first, players should be interested in the big hero cards. Each participant gets one color and chooses to pair it with one of two randomly dealt pilot cards. Players mark their level of life, energy and credits. To be completely prepared, they get set of tokens, armor and above all the battle miniature. The basic equipment, however, must come also with eight square programming cards. 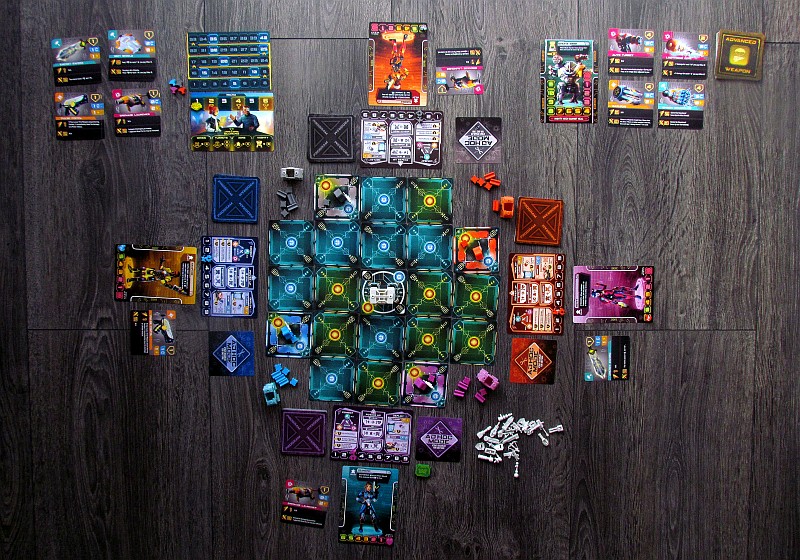 Then the players together prepare battle arena, in the middle of which there is a place for a large mech. Each player then puts the base in his color somewhere to outskirts of arena and places his figure on it. Near the map, they creates a range of weapons (basic and advanced) on offer, large round and scoring cards.

At the beginning of each of the six rounds, players plan four movement cards in the order they would like to execute them. In addition to the movement (or jump) with arrow, each card also has an action, that remains at the discretion of the fighter. The player turns the arrow according to his wishes, so every card can be used to move in any of four directions.

Then, one by one, the players evaluate the cards and they often get into unpredictable situations. But robots do not push each other away, so there are no big surprises. When fighter hits the wall, the robot simply stops and cannot run out of the arena. In addition to movement (even at an angle), as a consequence of an additional action, there is also a chance to lay a mine or turret. They work as a trap for the opponent. Other actions include the chance to purchase a weapon (and equip it with a robot), get resources, heal or power up your armor (put it on). 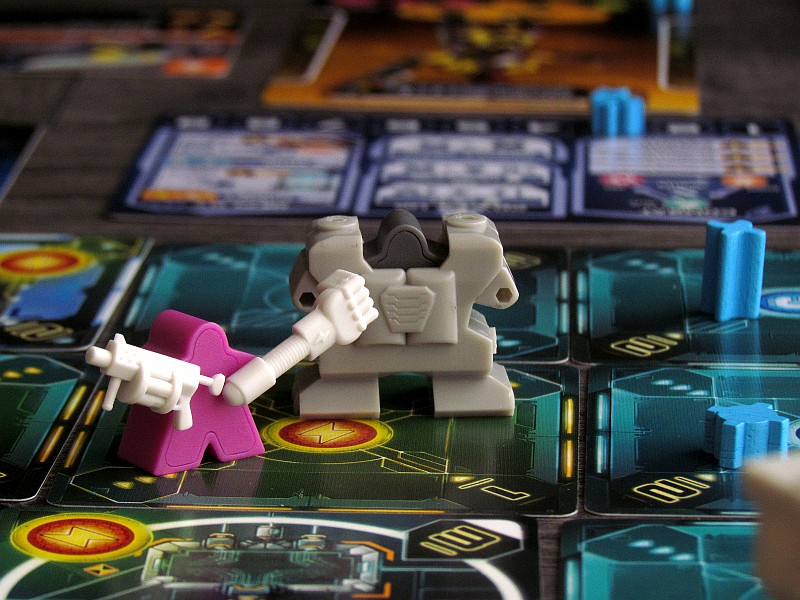 Placed mines and turrets, however, in addition to attacking the opponent have two other important meanings. It is they, who decide what resources a player gets, if they choose a mining action. In addition, after the second, fourth and sixth rounds, they will earn points to their creator, depending on the value of the card they stand on. Points will also come from the robot itself, depending on its position at that scoring moment.

Weapons come into play as soon as two robots encounter each other in one space. Their movement immediately ends at such a moment and players gradually use the effects of their equipment. They continue to take points of life until they have run out of equipment or until one of them loses the last point of life.

After the sixth round, the game ends. Players will add up values of their weapons with the points already earned for even rounds. The total is then compared with each other, and whoever has the most points can celebrate a robotic victory. 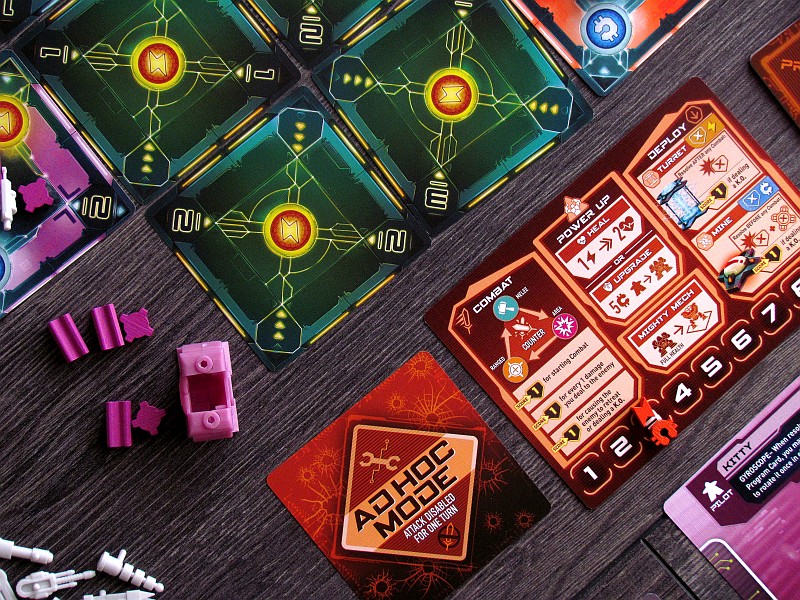 Tiny Epic Mechs is an interesting attempt on a skirmish game with secret movement planning involved. Programming robot movement is generally fun. We know that already. It is clear, that you can only influence your part of the game, so you will be surprised each round, what others have planned. This results in very surprising and entertaining situations.

The biggest complaint we have is about the fight, which looks too simple. Simply using weapons does not bring enough twists to fit in this equally unpredictable game.

Here, towers and mines get their main role, which can really surprise opponents, especially in the active round. Therefore, it is worthwhile to lay them among the first planned cards, so that they are more likely to be in their position to catch rivals off guard. But placing all buildings and objects also affects income and points. Players have to balance very well, what they want from their buildings in the first place. 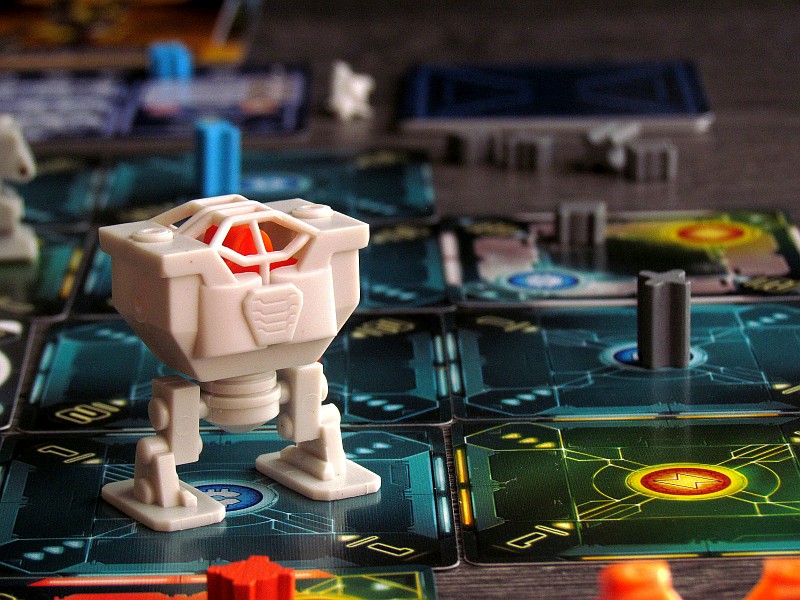 Robotic suits are an important element (even a visual one). The players’ meeples can really fit in their armor and gain certain advantages. In the middle of the arena, there is super armor waiting for the fastest player. And it also brings points. The same reward awaits attackers, who have an advantage in battle but, above all, automatically receive a point for punching their rival. This brings quite a lot of emphasis on attacking opponents, if you need points.

Simplicity is precisely what the author has accomplished by eliminating some elements, that advanced players would appreciate. This also divides the group of people interested in Tiny Epic Mechs. If you want a lighter game with surprise, then some unfinished elements will not bother you. But if you’re looking for complex entertainment in a small box, as is often the case with the Tiny Epic series, then you’ll probably be a little disappointed this time. 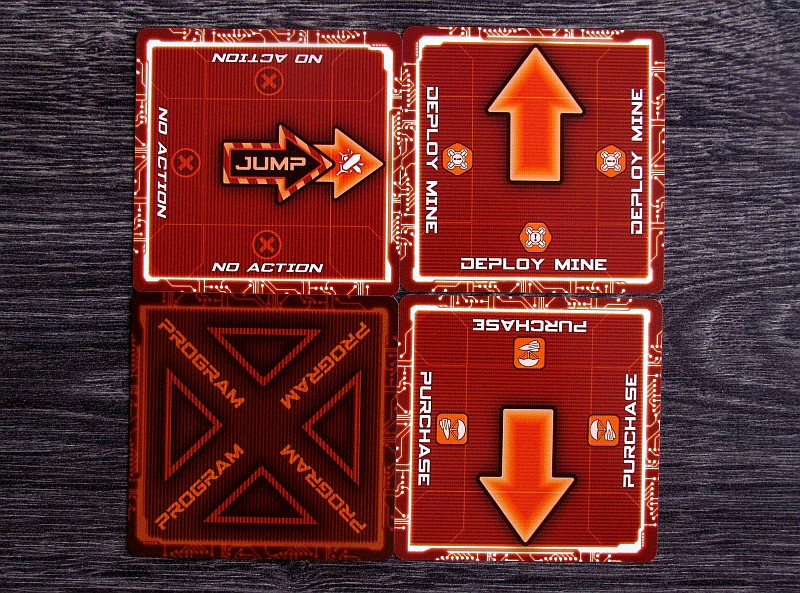 The selection of cards maintains a solid offer for each turn. You can always choose from all eight options to adapt your turn to your current wishes. In doing so, the course of the game is not entirely dynamic in itself. The length of the game is somewhere around an hour, and it may be too much for a simple un.

The more robots move around the arena, the more contact and fun the game is. However, this does not mean, that you would not enjoy robotic cutting even in the minimum number of two. The fight for points forces the player to go one on one and does not let them play on their own sand. 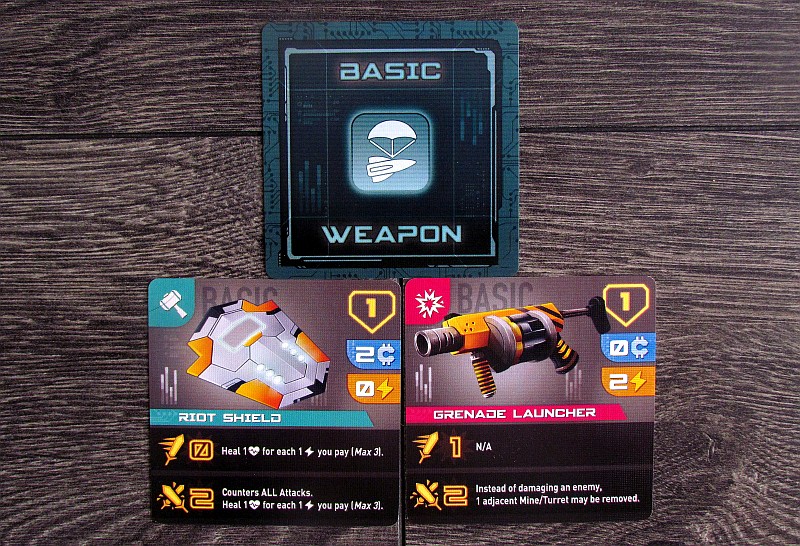 The processing is luxurious. But you have to keep in mind ,that dressing robotic suits or weapons takes time, which slows down the flow of the game and other players have to wait. In addition to this minor criticism, it should be emphasized, that the production value is at its maximum and the graphics are also very successful.

The only problem we have in processing is with the programming itself. Because the cards can be rotated freely to direct robot in some movement, players must maintain the arrow orientation. Therefore, the rules themselves recommend not to put the card secretly face down, but to cover it with another planning card. Then just reveal the top card, while evaluating. But overlapping can cause problems for someone, because it’s not easy to make it for others not to see your plans. So it is best to combine both cards on top of each other in your hand. 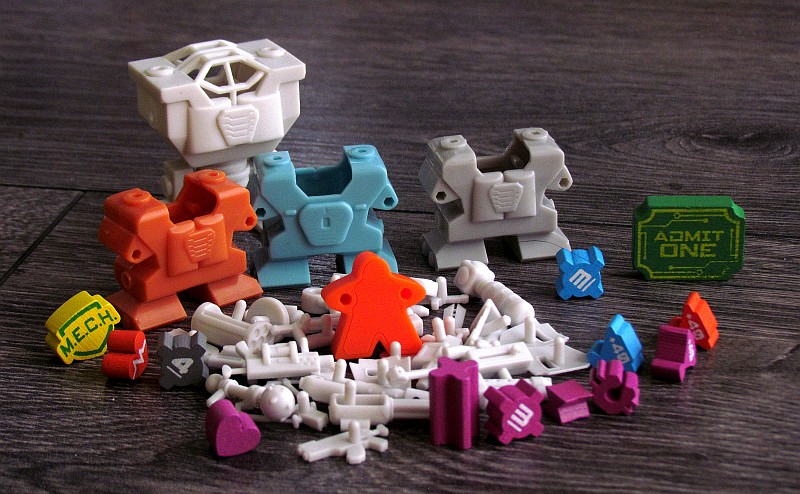 Tiny Epic Mechs is a motion planning game, in which you won’t laugh at the misfortunes of others. Instead, you will cause it to them. This is significantly different from the competition with similar mechanisms and fits more into a separate combat category. Perhaps it is because of the difference, that we enjoy playing it even despite some problems. Tiny Epic Mechs does not rank among the most successful games in the series, but still has an indisputable potential to entertain.

Tiny Epic Mechs is a slightly different planning game, that lets players face each other in the arena. They can attack each other and are even motivated by point rewards. But the most important are weapons, that not only serve as a way to defeat, but also offer reward in the form of points. Unfortunately, these battles are not complex enough and interesting, which we perceive as the biggest problem throughout the course. But even this problem cannot be a major obstacle to enjoying the smart games of Tiny Epic Mechs.