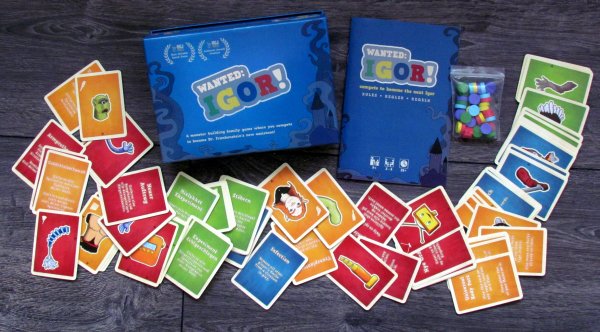 Everyone around me said, that the man was a lunatic. Still, I did not hesitate, when I saw an advertisement posted on billboards of our little town and applied for the job. Finding Igor, it said. Assistant to help me change the world. Text caught my attention as several other unemployed existences. And now, here we are with a scalpel in our handand finally begin to guess (some have already left) , what kind of work awaits us..

Role of crazy Frankenstein sidekick is empty. There is surprisingly lot of adepts to fill it, including us players. At least this is what five authors of board games Wanted: Igor! think. They are: Anders Brevik Lystad, Ioana Marin, Kristin Guðmundsdóttir, Simon Cutajar and Tróndur Justinussen. Very unusual group of friends creating games to simply have fun come from Malta, Romania, Norway, Iceland and Malta. They did all illustrations themselves. Game is presented under flag of Kvasir Games in 2014 at the fair Spiel 2014 in Essen.

Blue box with an exclamation from aforementioned ad, we find brochure with rules, bag of wooden tokens and two decks of cards along with them. According to the back side, we divide them into several piles – specifically into four groups according to categories of body parts. Each such card has a distinctive color in addition to the symbol in the upper left corner, which describes its kind. A there also has to be image of the body part itself.

Seventy of these cards (among them are orphaned card of events) are not everything, that belongs to player hands. For each player, there is also one card of victory points in his color and also a dozen common cards, that represent Frankenstein assignment. 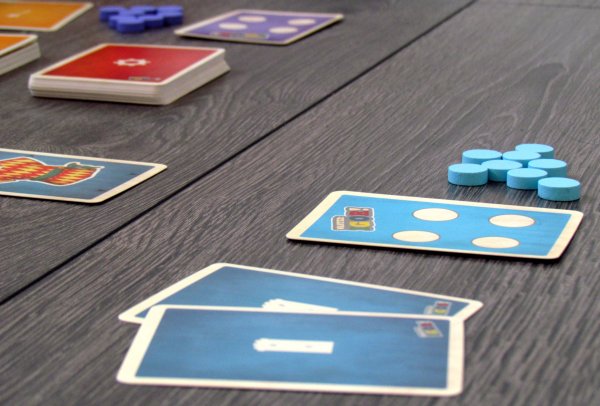 At the beginning of the game, players choose their color, take eight tokens and a card, which will serve to mark gained victory points. Remaining cards create four piles according to their back side and are placed in the middle of the table. Same can be done also with a dozen plans of stitched creation. Players each choose one of the piles and receive two random cards from it. Only then is revealed first body, which misses all four limbs and head. They need to be attached.

This is task for players, who in their turn have each only one action. They can then choose from three activities. Most basic is ability to draw two cards and again only from one package. Parts of the body can then be attached, where it belongs. With the right placement will help them a small black arrow, that should connect with arrow on the body.

But players can not play part of the body, they wish. Well, they actually can, but they will not receive as many points for them as they would. For maximum profit, it is necessary to play limb, which coincides with body not only in category, but also type. If it does not match in either one, player placed on the card only one token from his reserves. One conformity provides one extra counter and best combination of both color and symbol is worth three tokens. 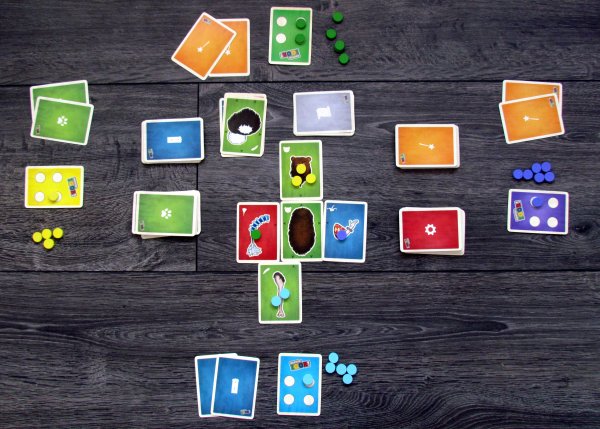 Giving away points occurs only, when one of the opponents placed the last, fifth necessary body part and whole mutant is finished. Only player with most tokens on it can move one cube on his victory point card. All others have wasted their efforts (with the exception of a tie). New body is revealed and the game continues. Winner is, whoever earns four victory points first.

Wanted: Igor! is a card game, that does not pretend anything. And we commend that From beginning to end, it is simply essential entertainment, which is focused mainly on younger players. Children find crazy fun in this light option of animal combinations.

Game includes a small and unobtrusive element of majority. Players constantly have larger number of cards in their hand to choose from (limit is se to seven cards), but their menu is always determined by luck. Only in this way, you can not only get category, but also the type right. Another luck needed is in tasks. Whether player will have card of correct color in his hand depends solely on luck. Its choice may be affected by everyone, but sometimes it can be too late. 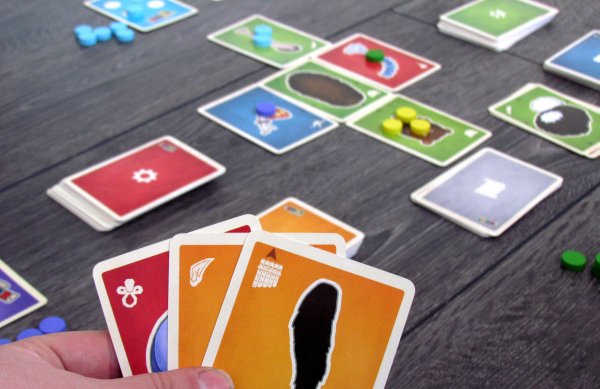 Individual rounds are fast and last only one to two minutes. Card play is limited only partially, so most of the time, you really have a chance to play a card from your hand. After that, it is up to you, if you will earn enough points. Sometimes, you need to take chances, draw another card and wait for a better next time.

Players must always draw two cards from one deck. Inability to divide a choice between two deck still increases randomness, but also precisely this limitation may be considered as the only choice. Players are often standing in front of a decision in this moment. Rarely, you have an ample selection of different colors in your hand. 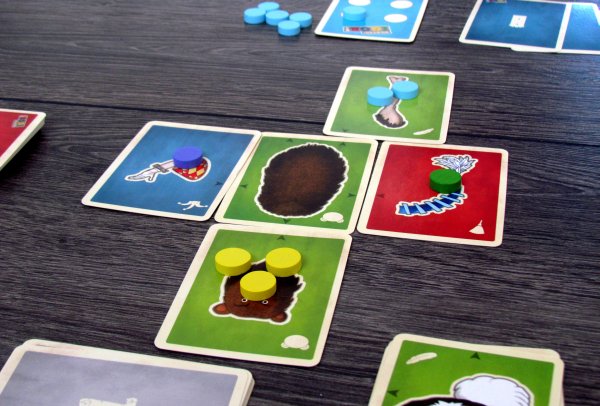 Game is really fast and usually ends without problems after some twenty minutes. In a larger number of players, it may strech for a few minutes more, but it is never at the expense of fun. Rounds remain fast, because no player must make tough choices.

The biggest drawback of this game is luck and expectations of you may get about the theme. Indeed, it is really only about family fun, which is especially good with kids since seven years and possibly also with their parents. This is certainly not a card game for more demanding audience. This corresponds to simple graphic, that could definitely be more engaging and interesting. 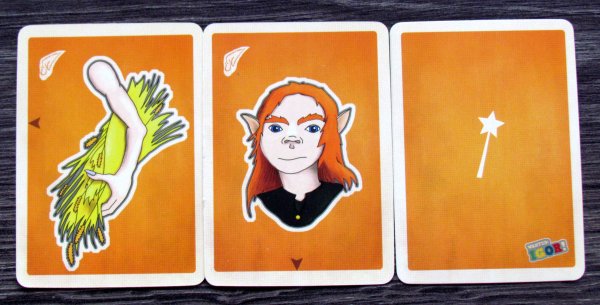 Wanted: Igor! is a good candidate for family and children entertainment. Possibility to build crazy combination of limbs, body and head is tempting for children despite a simplified graphical processing. Playing with children, you will laugh as well, but when playing by yourselves, not so much. Wanted: Igor! will be popular only among children.

Wanted: Igor! Is not a game, that would demolish the charts. It can entertain especially children. It is in simple rules, that together with luck in draw are doing well for smaller players, who are its ideal audience. Older and more demanding gamers will not be okay with influence of lucky card draw and can be perhaps conciliated only by short twenty-minute playing time. Graphic side of the game is also not perfect, because body parts really do not connect, but are only separated parts of the body placed next to each other. Wanted: Igor! is an average entertainment, that will be appreciated by children with a penchant for composing crazy animal combinations .