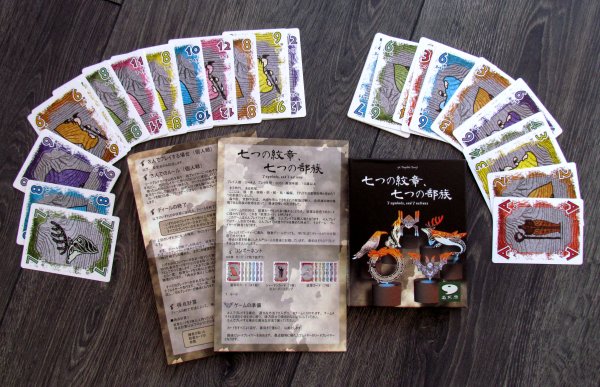 It seemed, that the world is big enough for all six nations. People seemed content, nobody was bloodthirsty and hungry for power. Each country had their own symbol. Artifact with unprecedented power. And there was a man, who wanted to have more of them. War suddenly swept over all of us. Frustration and hatred broke all the dams and it seems, that no one can stop this madness.

But that is okay, because we are benefiting this fight with entertainment in simple card game 7 symbols, 7 nations. Its authors are Muneyuki Yokouchi and the second, who performs under the acronym Yio. Game was released under brand of Takamagahara company in 2015. Illustration were prepared by Wato.

Small card game is hidden in a little black box. Its title picture is dominated by all seven symbols, as well as a pile of Japanese characters. Whole game box does not contain too familiar characters for us. We will find that out not only on the cover, but also after its removal. Rules inside have not heard of anything such as English. 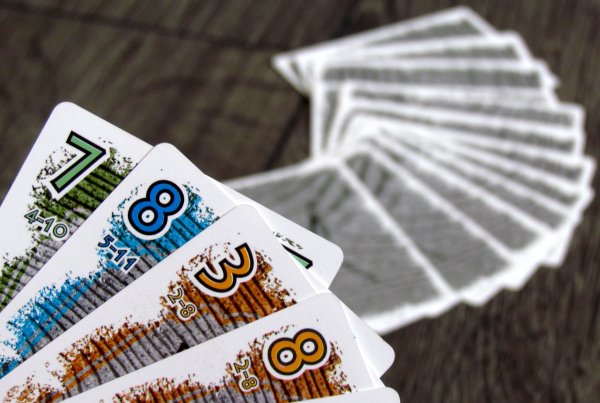 And then there are just cards. Specifically, 49 pieces, seven numbered cards from each of the seven symbols. Images are numbered and they are always a little different by color. And that´s it. No surprise takes place, which is why you reveal a secret: this is purely a trick-taking card game and on top of it all – a team affair. Seven cards of this whole bunch are special, because they are wearing powerful symbol instead. Match will be about them a lot.

All participants are divided into two teams (game is primarily designed for four players) and their members sit facing each other. Cards can be shuffled into one deck, that players place in the middle of the table. Each rival gets dozen cards, three of whom shall he pass to his neighbor and get other three from his neighbor on the other side. With these cards, player will be able to do, what he pleases. Remaining one card is left lying in the middle and marks active trump color.

From starting player, each participant then plays one card. In the case player has color corresponding to trump in his hand, he must use it. Round then continues by other players trying to follow with their cards, effectively within the team. Every trick is won by top card of trump suit or generally highest value, if none of the players had a trump card. 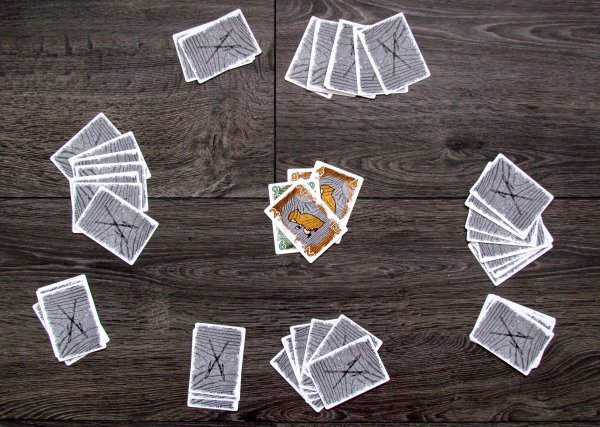 Individual rounds proceed forward, until one of the teams delivers a winning condition. Each team wants to accumulate four symbols for his playing group. Its the most correct victory. Nevertheless, the possibility of a triumph for one of the teams is also represented by winning seven tricks.

7 symbols, 7 nations is an unobtrusive trick-taking game. It basically does not excel in anything much. Players simply use their cards with numbers, trying to see through the intentions of others and be team with the highest card. In doing so, they should not use out all trump cards in the beginning, because game is long and includes a number of tricks.

Where is the fun hidden? It should be in collecting symbols. Only a few cards from all 49 offer players chance to get closer to winning. And these symbols should be reckoned with. At the same time, it also needs a little bit of luck, as with most trick-taking games.

There is quite favorable time for one match. Game ends within thirty minutes and sometimes even earlier. Different victory conditions guarantee, that players will see ending in that timeframe. Box features a range of three to four players, the latter being a team game, which is the most interesting. Individual game brings three more cards in player hand and thus is less influenced by luck. At the same time, there are no effects of co-operation and responsibility, so it lacks in that sort of things a lot.

Cards have nice illustrations, that look very original and make 7 symbols, 7 nations into a pleasing spectacle. Visual style is decidedly original, while cards are interesting and colorful and their overall quality is good.

- English rules are not in the box and not translated well, when downloaded
- luck
- nothing substantially new
- only for three to four players

7 symbols, 7 nations does not bring anything entirely new into the world of trick taking card games. But its nicely dressed and fun. Above all with four players, when participants are not alone, but working in team, trying to collect symbols. They is a way to win, when they accumulate enough symbols or win substantial part of rounds. Game is brisk, functional, but of course filled with luck. No matter, whether you play with three or four, both numbers could entertain. But this range is relatively narrow. Illustrations are original and above all thanks to them, 7 symbols, 7 nations is recognizable everywhere, yet nothing special. 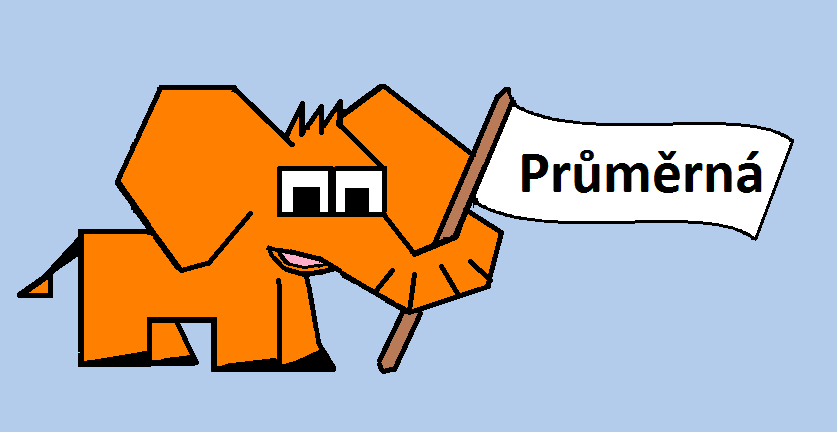