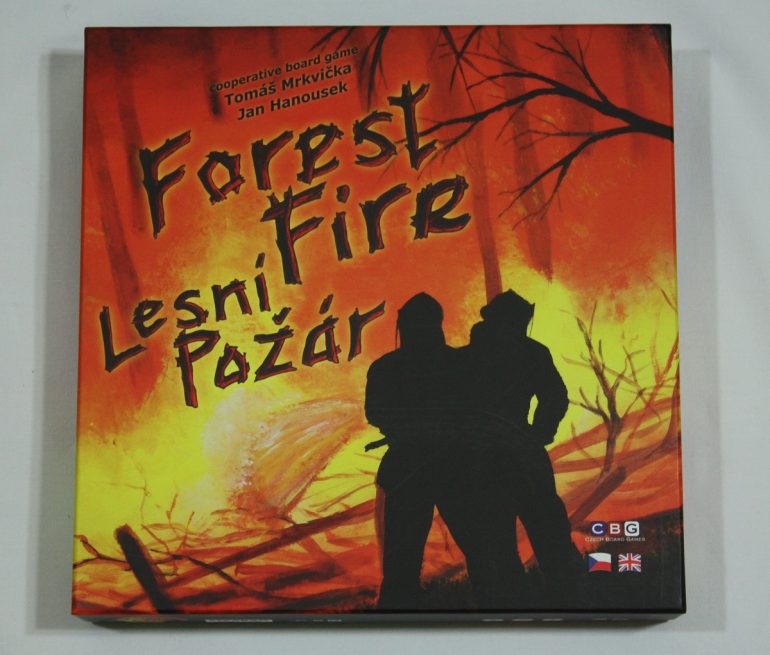 Review: Forest fire – hell fire is getting closer to the village

It is a hot summer night.  Suddenly you can hear a high unpleasant sound of the fire sirens. There´s fire! Long red fire tongues are licking the dry trees. The red barrier is getting closer and closer to the village… But the firemen unit is prepared! Luis Longman constructed his hydraulic pump, Ron Rabbit also helps, everyone knows his place. Are they going to put out the fire successfully again?

Forest fire is a cooperative game, where the players are trying to put out the fire together. It is a Czech game made by Tomas Mrkvicka and Jan Hanousek from TM games. With this game they won a competition for new Czech game designers held annually by CBG – Czech board games company. 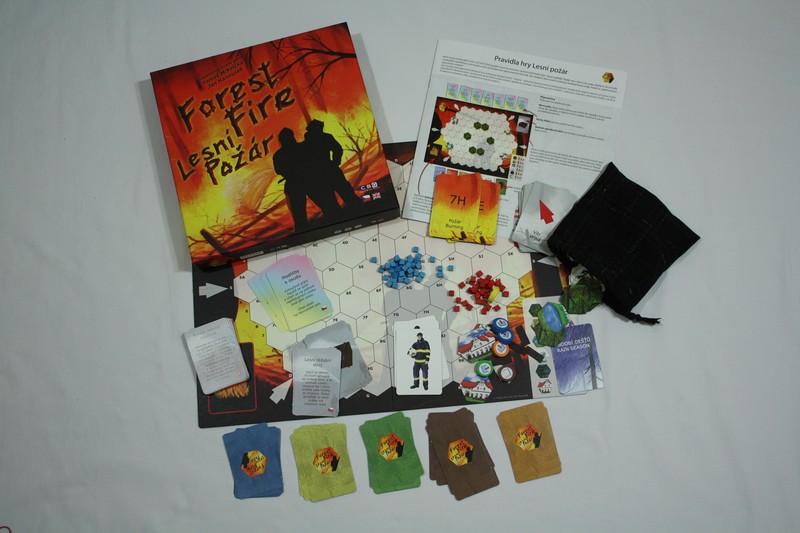 In the box you will find one game board, which represents the area, where the fire is. It consists of hexagon grid, where you place the environment tokens. You place a token, when you explore a field or the fire extends to this field. Then you will find there a bag with the environment tokens (6x village, 5x swamp, 9x rock, 8x lake, 7x bush and 52x forest). Next there are cards – 37 event cards – 4x storm and 18x wind which extend the fire, 14x start of the fire nest and long-awaited card rainy season. The next cards help to the firemen – 7 luck cards, 9 component cards (with them you construct a machine, that helps you put out the fire). Each player can choose from six character cards of firemen and then he receives a set of special cards and a token.

The graphics and manufacturing of the game is according to today’s standards lower. Especially the card graphics are not very nice. Unfortunately not even the box visually very attractive. 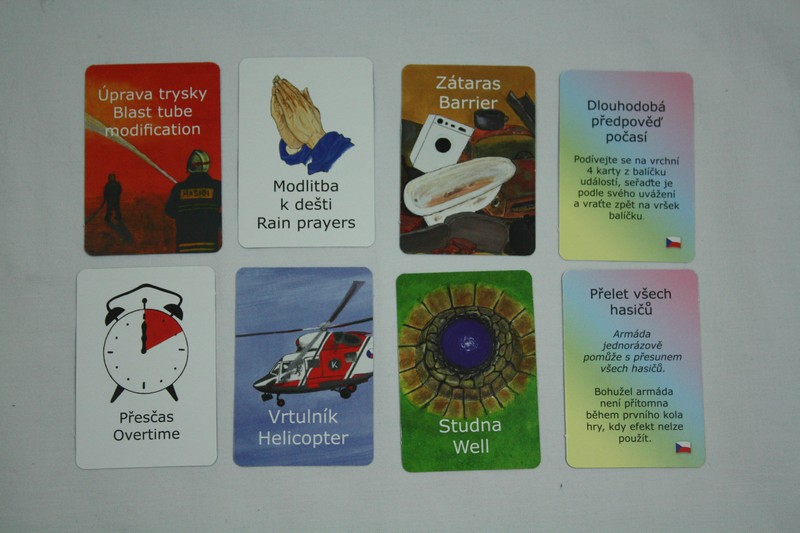 The game is cooperative and rather abstract. You don’t expect any big story or push your luck game. You have to cooperate, think and plan, when you want to keep the fire under control. When you construct a machine, you are going to have a big advantage. The gamers have to put out the single fire´s nest. This is the path to the victory.  This system have one big disadvantage – others may only follow the best player.

At the beginning of the game you choose a scenario – some are easy, some are hard. But the goal is always the same – you have to keep the fire under control and prevent the villages from burning. There are six scenarios in the rules – easy Basic game and next for example harder scenarios Taft and Avery fire or Great fire of 1910.

Then you create events deck from event cars – the bottom card is rainy season. Every player gets fireman card (every fireman have unique ability), his token and special action cards. This token have two sides – one side represents full tank, the other side empty tank.

Place the luck cards near the game board. The firemen can use these cards in crisis, but each card only once during the game. 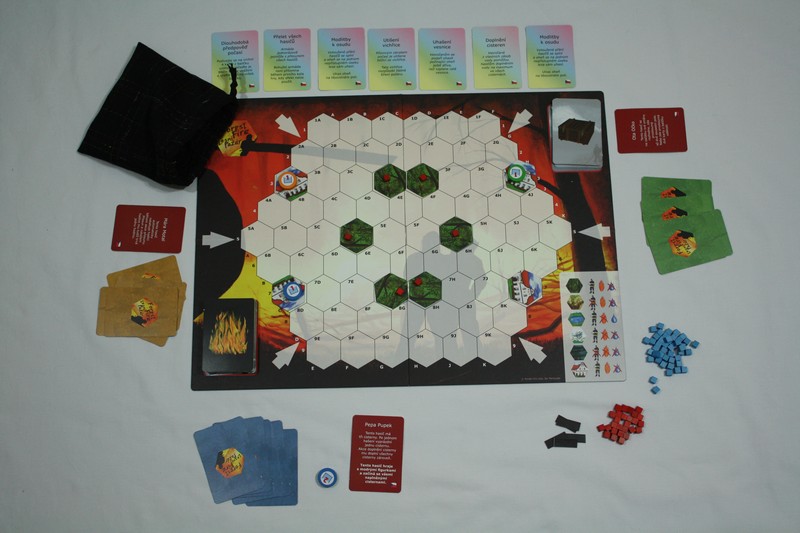 Players are taking turns.  Each turn consists of two phases – player´s relay and events. Each fireman has seven hour in their relay. The fireman may choose from several actions, every action takes one hour:

At first it may seem that you have a lot of options and the game is complicated, but as soon as you play a few rounds you find out what to do and play fluently. The players take turns quickly and there is no need to wait a long time for somebody´s turn.

Review: Wash Dash – how to wash and dry clothes

You can use a luck card one time in your turn. Luck cards help the firemen – e.g. the army card helps with moving all the firemen to any field, other puts out the fire in a village immediately and other fills all the tanks of all fireman with water. But don´t forget everyone can use this card only once per game.

It is important that the firemen use their special cards in the right time. It can save a hopeless situation. You can e.g. building barrier against fire, use the helicopter for moving and dug up well.

After the fireman finishes his relay, the event phase begins. Now the fire expands. The player plays 2 cards from event deck. The event cards are for types – burning, wind, storm and rainy season (this is on the bottom of the deck).

When you remove burn card, the fire will burn on the designated field. The storm or wind blows in the designated direction and the fire affects new fields. When you see the rain season, you win the game. 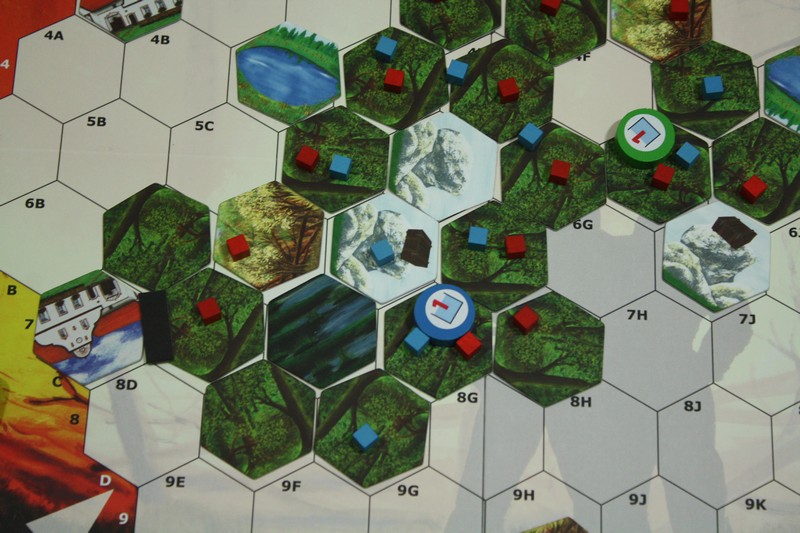 You can lose game if a village starts burn or the fire expands and you don´t have any red cubes. 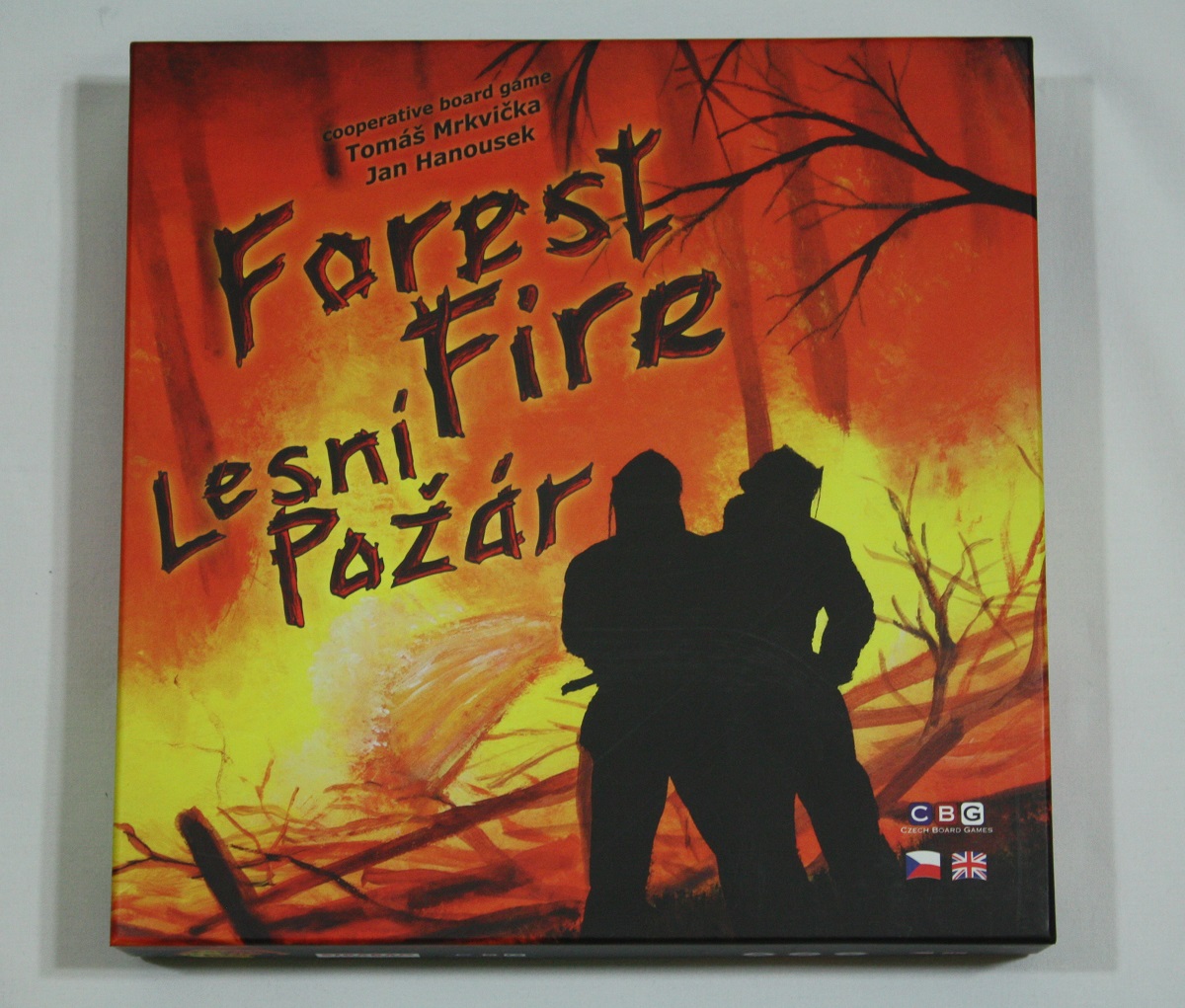 Review: Forest fire – hell fire is getting closer to the village
The game has easy rules and game mechanics, but isn´t easy. You must control all area, because the new fires still recover and expand. You have to plan to the future, but you have to resolve the current crisis too. You can choose the difficulty of the game, you can change time of fireman´s relay. This is a cooperative game, which I will like to play again.
Klady:
+ simple rules
+ variable board game
+ you can choose a difficulty
+ there is always something going on. You have to watch out until the last moment
Zápory:
- manufacturing of the game – the card graphics are not very nice, lower quality of the components
- it is easy to only follow the best player
3.5