by Dušan on 05. 11. 2019
0
previous article
Review: Deranged - a city full of monsters
next article
Review: Paranormal Detectives - answers lie in the realm of the dead
Contents 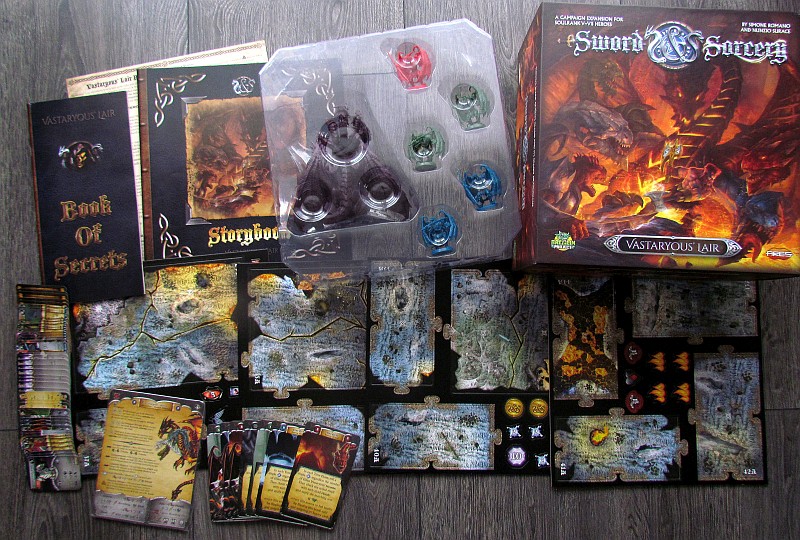 Boiling ponds and flames are bubbling all around. Hungry lava is hidden beneath the seemingly solid surface. When they warned me, I didn’t believe them. If I had only known the heat that might be inside the dragon’s lair, I would never have come here. Not even with the prospect of a mysterious treasure. But once I entered the cave, there is no escape now.

Board game Sword & Sorcery invites adventurers in its new box, entering into the lair of a dragon called Vastaryous. According to his figure, the extension was given a name Vastaryous Lair. Simone Romano and Nunzio Surace contributed to the creation of the new box. And their joint endeavor could not have been released by a company other, than Ares Games. It is distributed by Esdevium Games throughout Europe.

As such, Sword & Sorcery is a campaign game and the story plays a big part. This means, that players will always prepare the game according to the scenario. They always builds a plan from puzzle pieces and find the dragon’s lair space. On this map, players spread not only tokens of different equipment, but also story cards. 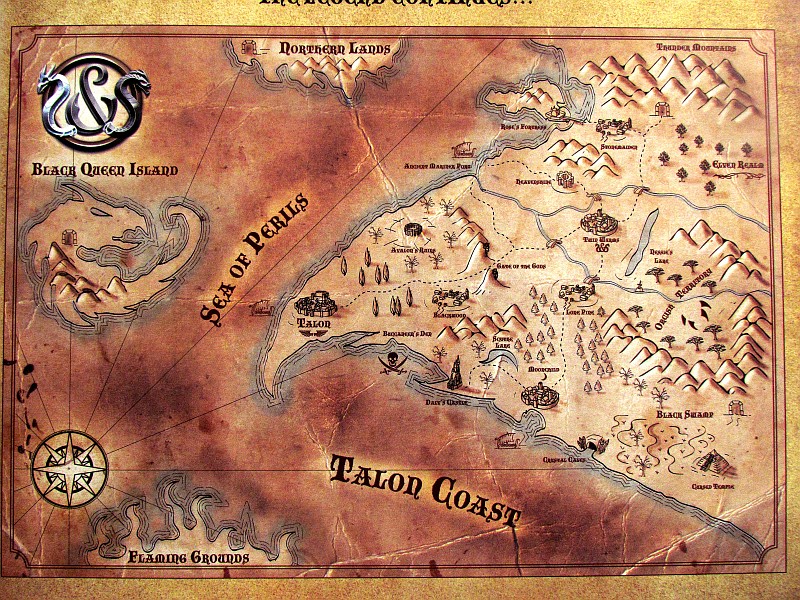 Players each control their hero (with board and equipment), with which they move along the plan and at the same time agree on the next procedure. They all have a common task set by the story. At the end of every turn, new monsters appear and the present monsters move according to the currently rotated card. The heroes must fight them as soon as they appear in the same room. They use dice, but also their equipment. And for the win, they receive souls, that can be further used for improvement. Perhaps it will be enough to eventually meet the winning condition of the script and move on.

Sword & Sorcery is an excellent cooperative game from the beginning. Any further expansion could be expected to build on these qualities and expand the overall story. Indeed, pushing boundaries is just what every new extension should do. 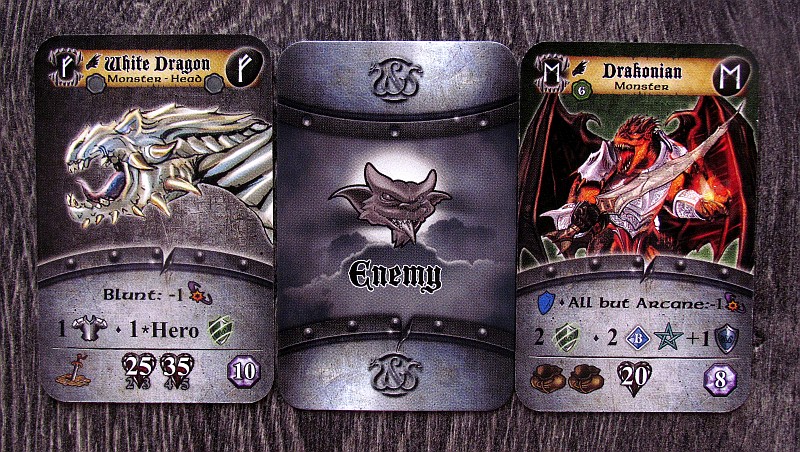 It is clear, that many cards are in the box just to enrich the corresponding decks. So if players are fighting one of the new stories, they will include them. They can also be easily sorted back based on the printed icons.

Unfortunately, the new box generally fights with enemy variability. It is assumed, that players use pieces from the base box. But this worsens the overall impression and the game does not remain different enough. 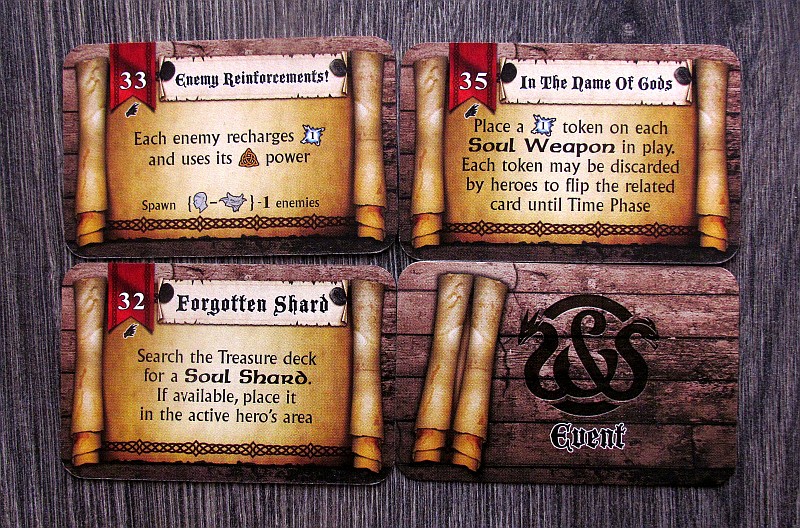 Again, Sword & Sorcery’s core ability to prepare players for twists and turns in one particular scenario is not missing. It’s the cards. Unlike, for example, Gloomhaven, you have no idea what awaits you on the spot, because you can’t (even unwillingly) read it in the story book. Here the surprise is real and always refers to one of the paragraphs of the Book of Stories.

In the basic box, we complained about overly complicated rules. Fortunately, the news contains only one sheet of changes and everything else refers to the basic box. The complaint about the long setup of the game remains, and on the contrary has deteriorated. Especially, if we add need to add and remove cards from their respective decks. 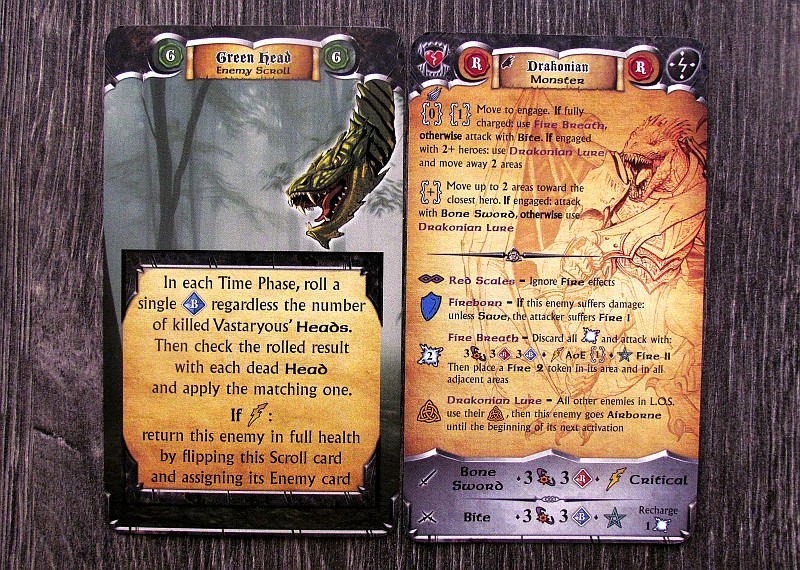 However, the playing time remains very favorable until the moment when Vastaryous himself enters the scene. At that moment, the gameflow can stretch considerably. Because Vastaryous Lair is for experienced players, you may encounter higher difficulty. At the same time, however, it causes the effect of repeated gaming, where you longs for retaliation.

You could almost say that the box is really unnecessarily large. Most of the space inside is filled with plastic insert and air. But then you notice a huge dragon figure and all the criticisms goes aside. How else do you want to fit an four-inch tall figure into a box, rather than adjust it accordingly? But it remains true, that the rest of the space around the character remains free. 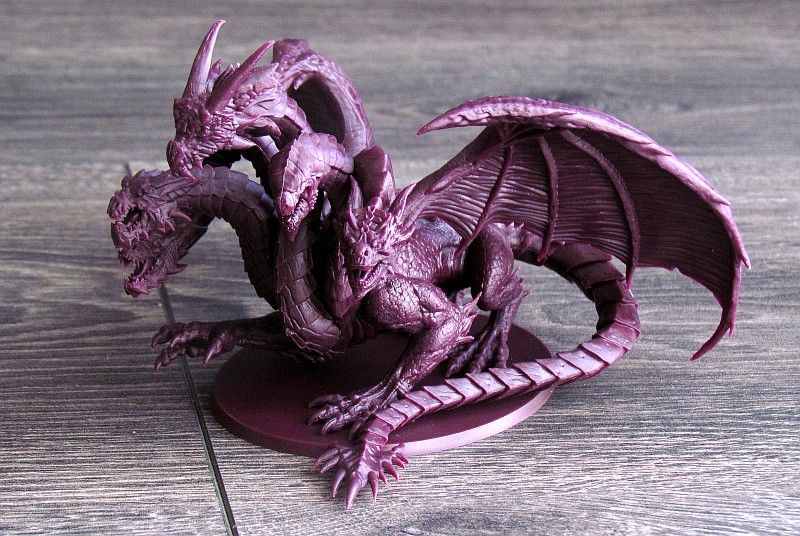 Sword & Sorcery: Vastaryous Lair attracts your attention with a dragon miniature. But it is also the only thing, that makes the game better, than basic box. Generally it is an impression full of disillusionment. The end of the story is too long and above all, it does not offer enough different experience from the base game. Therefore, we do not recommend this extension too much and try to wait for another one.

- lengthy final
- insufficient variability
- big box (it is the figure)

Sword & Sorcery: Vastaryous Lair is the hope for quality addition to cooperation entertainment, that is once again intertwined across several scenarios. Their connection is a bit looser this time, but players still enjoy improving their heroes and discovering the story. But this time, they will feel as if they are playing the basic game again, because the expansion is taking advantage of enemies from there. When the main bad guy enters the game, the plan starts to look great, but at the same time the fight will last too long. Sword & Sorcery: Vastaryous Lair is unfortunately only an average extension.

by Dušan on 10. 05. 2019
The second Cylon war is waiting for new heroes. They will have to stand next to the heroic captain Adama and his squadron of pilots, togehter with ace [...]

by Petr Čáslava on 20. 02. 2015
Battle with scum from the universe is neverending story for Earth. Each year, each day, there are new threats coming to our orbit and needed to be taken [...]
Comments
Leave a reply