by Dušan on 25. 03. 2014
1
previous article
Review: Frachtexpress - a small card Transport Tycoon
next article
Review: Polterfass - how does it look, when the innkeeper runs dry
Contents 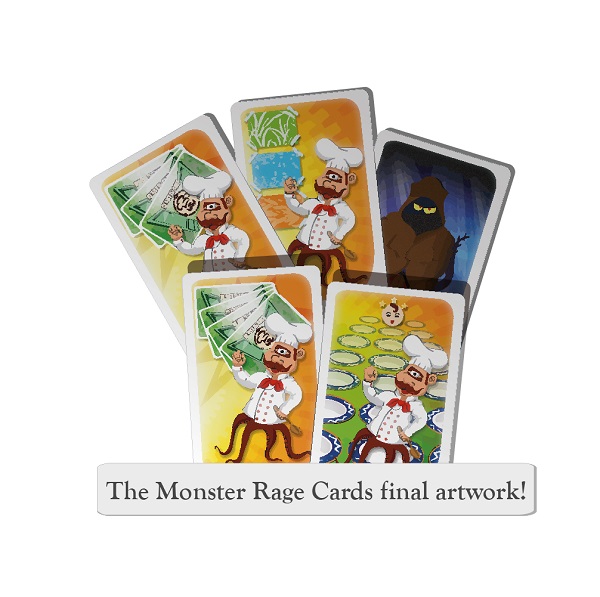 Today we have a rare opportunity to look at the game Monster Chef, which currently collects the money in the campaign on IndieGoGo server. Its author is Daniele Mazzoni, who has set a very sober goal of raising some € 500. Now, with 16 days remaining, you have a chance to join fans of the game and get a game for twenty euros, while ten will get you a printable version. Its already financed with 660 euros and therefore it will get produced! All printed copies will be collected at the fair in Essen Spiel 2014.

Because today, we have only a short preview before us, we will talk only in general terms, how Monster Chef plays and tell you some basic impressions. More detailed article (with thorough testing across all player ranges, like we usually do) can certainly be awaited, when we have the final version in our hands. But so far, thanks to Daniele Mazzoni for trusting in our server.

Monster Chef is a card game and as such contains 55 cards. Among them are not only culinary creature, which will players become, but also recipes, ingredients and a couple of tables, that you use. Those tables are interesting, because several customers sit around them and each one has a plate in front of him. 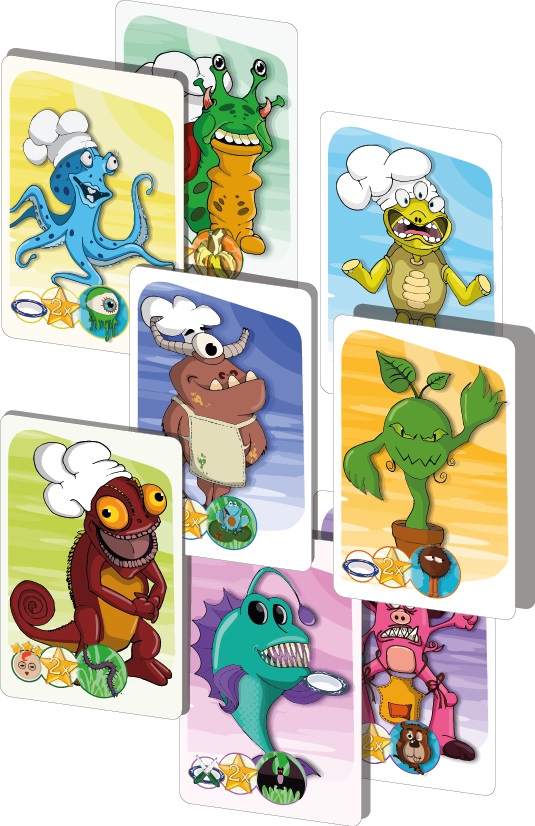 Each of opponents needs also fifteen tokens to play. Among the cards, you will then find rage cards, that can be used once per game and card of starting player. English rules are available for download on http://monsterchefthegame.altervista.org/docs/MonsterChefRules_EN.pdf, where you can read in detail, how it all plays.

During the game, players collect recipes from the menu, that is common to all and always contains exactly three goodies. Then you must choose one of the common ingredients piles. You always have four to choose from, with three where you can see first ingredient, while fourth pile is secret altogether. But it carries with it opportunity to be starting player in the next round, if you pick up ingredients blindly.

Just choose one pile and take all the cards. By useing these, players are trying to deliver ingredients, to their recipe. You can put it either in the kitchen or even in the food pots in various stages of preparation. 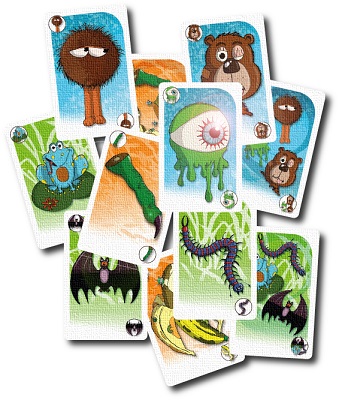 It all starts on the stove. When players adds all the necessary ingredients, he can move his food to the kitchen to finish it up. But before serving, it still needs seasoning and it can be messed with by other players. At the end of the turn, player throws away all (used and unused) cards. After playing through the whole round, these cards are shuffled again and create new offer of ingredients in those four packages.

Throughout the game, it’s the tokens and people sitting at the tables and waiting for food, you will be taking care of. You put tokens gradually on cards to mark them as supplied with ingredients and when there are all of them, this finished food can be moved to the table. After all customers at the table (with stars over their heads) have been served, players split points in the order, in which they brought food. Only when all people in the restaurant are satisfied and served, game ends and players add up the points for customer stars. Chef with the highest score wins.

Monster Chef is a nice card game, that translates cooking to board forms very well, while maintaining a true simplicity. In the game, besides the proper planning and a little luck, rage cards play a very important role. Each of these can only be used once per game by each player, which is marked by placing your token on it. 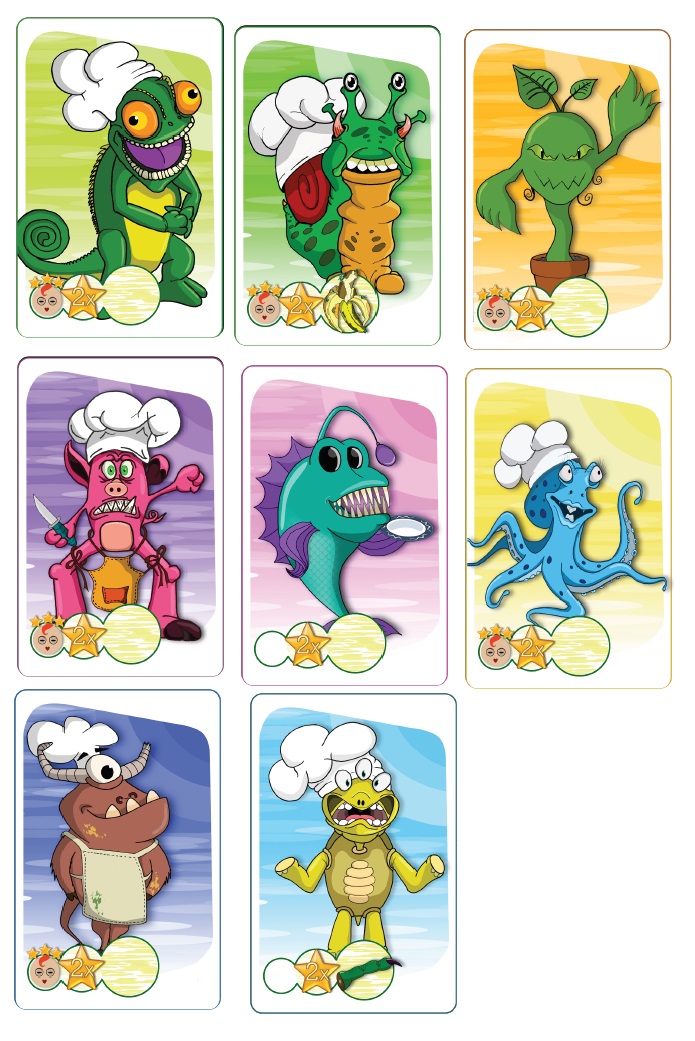 The game is very fast. We see primarily interesting this selection of ingredients packages, from which you only know a part. After doing this, you get some ingredients, which should correspont to those, you are searching for. Therefore you need necessary bit of luck.

Very nice dose provides also competition for food in the middle of the table. The other chefs can ruin them. To accomplish this, it is necessary to add ingredients, that do not suit here at all. You can even completely destroy the dish.

We are very curious, how it will all look and feel in the final Monster Chef jacket. In there is a card game, which is worth attention, because it offers a fun card rivalry. It remains simple and provides interesting choices. In addition to images from our test version, you can also preview new graphics very close to final (at the end of the article). This is, what you get, if you support the game on IndieGoGo server: