Review: Castro – board full of houses 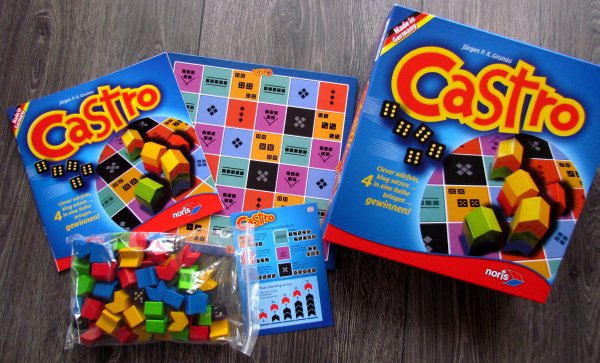 So sit back as kids, I will tell you a story how our village was founded. At the beginning, there was just a meadow, to which strayed a few wealthy gamblers. And because they were caught up in a storm, they began to play dice. But such a fight is not fun, if nothing is at stake. But there was nothing interesting around. And as they looked out of the cave entrance, they agreed to bet piece of land. And they will have to build a house there, to start a whole city, so noone will be desperate like them anymore.

Castro will become our village too in game of the same name, which tells story from very beginning, but it will probably be a different creation. At the beginning stands Jürgen P.K. Grunau, who created it in 2013 under original name Cuatro. It was then published for second time in 2015, and again under flag of Noris Spiele.

Game is hiding in relatively inconspicuous small box, whose lid is decorated with a picture of dice and wooden houses. And it coincides exactly with reality, that you get after you lift the lid. Yet, our list begins a little differently – with rules and underneath them a square board. It is divided into twentyfive smaller squares. Each wears a printed symbols and comes also in different color. 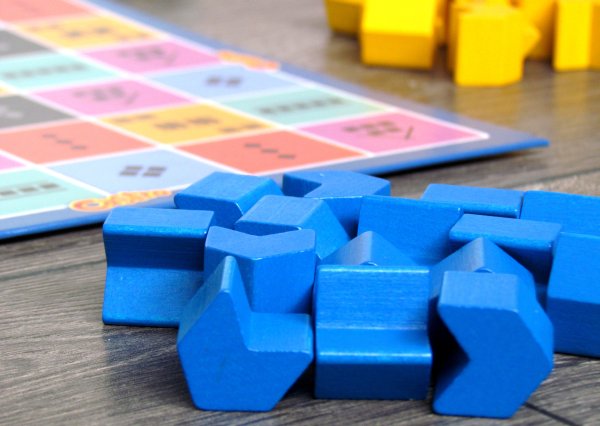 Right under it are large wooden houses of different colors (four) squeezing inside a bag together with five black dice. Along with them, there is only a small help card lying at the bottom. Players will surely appreciate its presence during their first game. And that despite the fact, that Castro is in fact very simple game.

At the beginning of the game, players each choose one color and place board in the middle. Each gets fifteen houses, which are spread in front of him. Starting player receives five dice and thus all players are ready to start the game.

On his turn, player has five attempts to try and roll some combination of dice sides. Resulting options are well known from poker. There are all our old friends from twos, through a full house to the straight. And of course, different numbers of dots. Each option has a color and symbol, that represents it on the board. 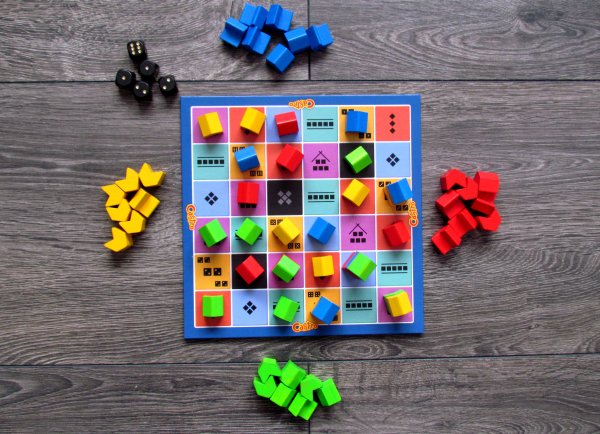 Each player can roll and set aside any number of dice and continue his efforts with only a part of them. He may decide to quit, whenever he wants, if he has one of the valid combinations. It is also number of attempts used, that is counted and will influence second phase of the turn, which is placing houses on the board.

Dice combination limits location, where player can place his house. Best news is, when there is no other roof somewhere. In this case, he does not need to think about anything and simply places his house there. When some building is already there, aforementioned attempts (re-rolls) come into play. They limit floors player can reach. The fewer attempts used, the higher can player build – all the way up to the fifth floor for person, who rolled success in first attempt.

In the hunt for the best possible result, player can get into a situation, that he does not roll any valid combination or all possible placements are higher, that his reach. As punishment for his greed (or bad luck), he must pay one small house, which is scrapped and no longer returns to his owner. 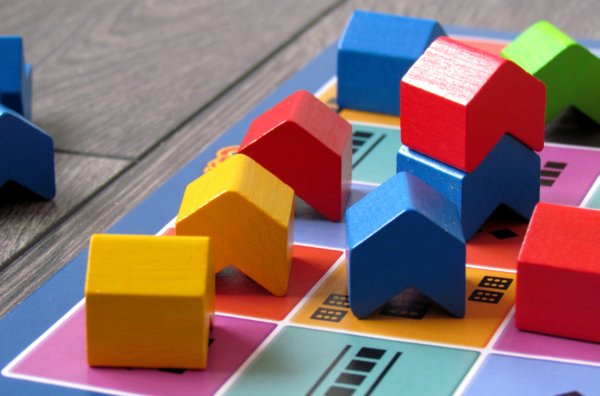 And what are about all those builders going for? Victory, of course. But you certainly want to know, how to reach it. There are several paths to that. First and most direct is to create a line of four roofs in the player´s color. For the purposes of the line (or diagonal) only the currently top roofs are counted. Second possible route to victory is being present at all yahtzee boxes, that require rolling five identical digits. But the player does not need to be on top here, he only needs presence on the site. In the event, that players fail to meet either of these conditions and supply of houses is exhausted, evaluation occurs. Each roof is scored according to its height. Player with the highest combined points wins.

Castro is an excellent mix of several game mechanics. Basis of it all are dice, which are already in its essence random, but you will not feel as you were their slaves. There is always more possibilities of their usage and it never happens, that players would not roll at least two identical numbers.

But there is a problem with height. Once building reaches fifth floor, it is finished and nobody can place another roof on top. As a result of advancing in the match and number of options is declining, because everyone rather reaches for a simpler way, instead of a risk. And then, we have a heavy, hard and uncompromising struggle, which works great with four main players. This is number, when most conflict happens by far, and players must fight hard for every position. 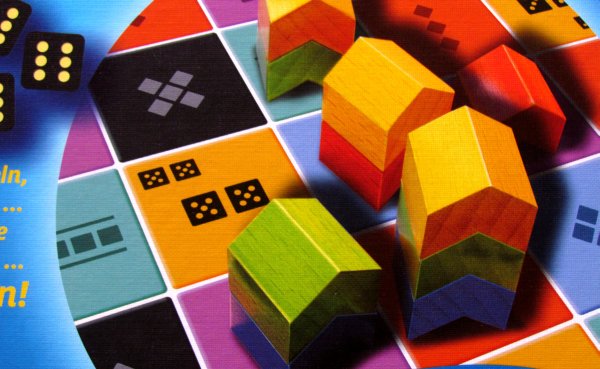 Combination of rolls and height for location leads to really tough choices. Players must carefully weigh each roll, because punishment for not placing any roof is clearly defined and unpleasing. Pressure on the players is great and objective is clear. Well.. not as much, because there is more paths to victory and players themselves choose, which one to choose as their destination. Only the first will win.

Simple rules ensure, that game is accessible to all. Children will enjoy fun with rolling dice and a good start is really in eighth year of age, since there is a certain tactic requirements. Game is really fast, because participants are constantly changing and this game is definitely not missing dynamic.

Processing is great. Large houses sit firmly on top of each other, they are made of wood and can withstand even pushing the table. Everything is beautifully colored and help card can be used by those, who have forgotten. Overall, this is a very good choice for families or those looking for a relaxing pleasant game with dice in the lead role. 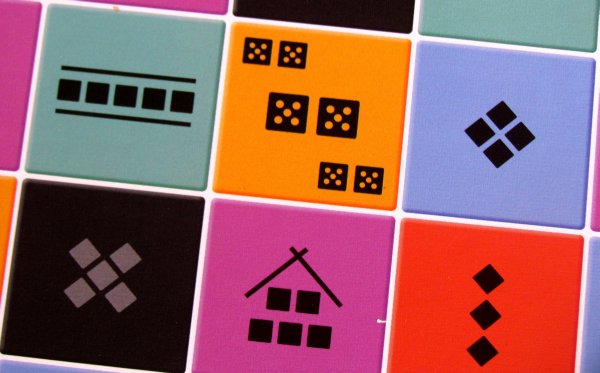 Castro is an excellent game, that is difficult to find any weaknesses in. One is a clear luck involvement. If it is stubborn and sits on somebody´s back for a long time, it can spoil the whole game. But nobody will look for lost twenty minutes. Maybe its slightly worse with two players, when so many encounters do not happen. But it remains an entertaining game still. Castro is excellent achievement, that certainly deserves more attention, than it gets.

Castro really did it. An inconspicuous dice game, which takes basic principle of Yahtzee (dice poker) and mixes it with a crayon looking board. Attempt to occupy best field players but do not spoil only dice, but also rules, you have to follow. Floors, that can be reached, is influenced by amount of attempts, which must player undergo during his turn. This amplifies stress, as well as conflicts directly on the board. Only the upper roof counts each time. Although the game is not so excellent with two, it is still very good. Castro is certainty for all players, who hold dice closest to their heart. This is the correct way to try your luck and tactics!