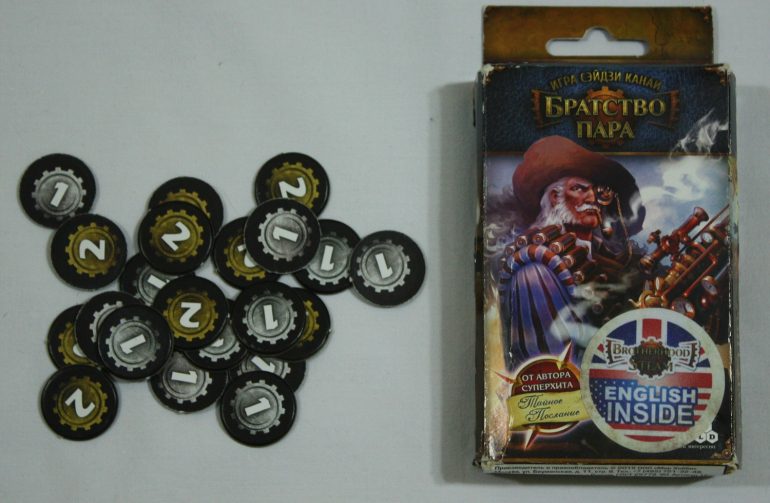 Welcome to the town Farrain, the legendary citadel of the Brotherhood of steam. Recruit a mechanics, inventors and bodyguards and eliminate your competitors. Be careful, your competitors are mean, they want to rob you. You also have heard, that they hired a man from the infamous guild of Assassins.

The game Brotherhood of Steam is a Russian variant of the game Master Merchant from Seiji Kanae, who is a designer of more popular game Love Letter. This game is released by the company Hobby World – they situated the game in their world of Berserk. And they gave it a steampunk look.

The game is for 3–4 players, from 10 years of age. Standard game time is about 15 minutes. 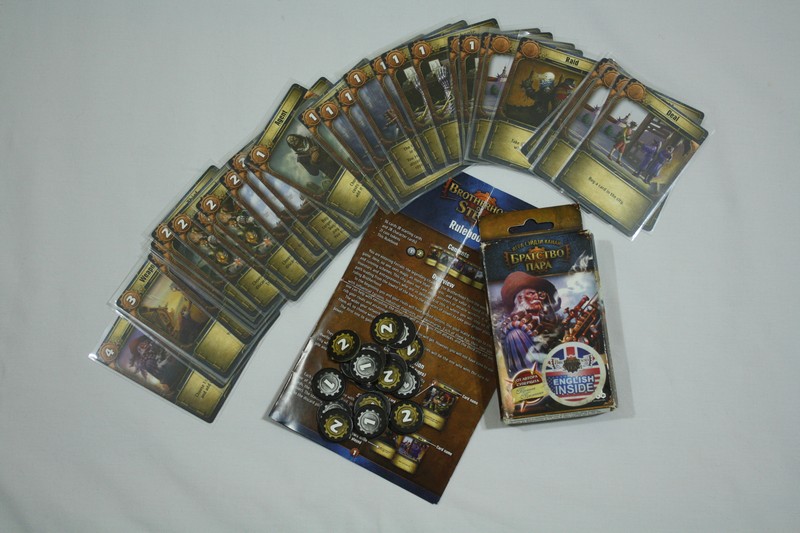 Brotherhood of Steam is a card game, in the small box you can find wonderfully illustrated cards, rules and coin tokens (with cogwheels). You have 34 cards – 2 starting cards for every players and 26 character cards. There are ten types of character cards, they are the city residents, which you can recruit. 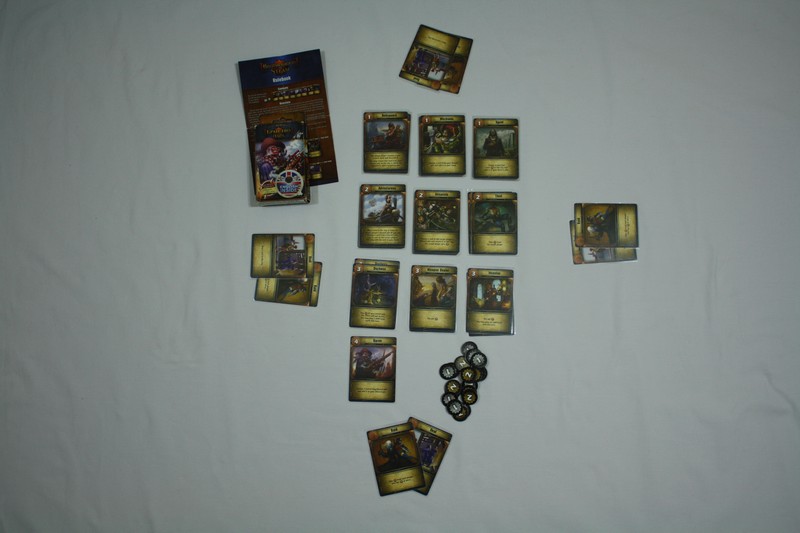 The main game mechanism is deckbuilding, it combines with cards and coins management. Every player starts with two basic cards – Raid and Deal. He can buy new card from city, when he uses the Deal card. Or steal a money from opponents, when he uses the Raid card. The city is in the middle of the table, the players can buy new cards – new characters from it. The price of new characters is from one coin to four coins. You can only buy one card in a time. Be careful, when you want to buy, you have to play a card, which has a shopping ability.

In your turn you can play one or two cards from you hand. Some cards allow to play next card. The Multiplay is very interesting mechanism. When you have several cards with the same name, you can play all as one card. But the effect of each card occurs one after another.

You can play every card in different ways, first as normal, you play card from your hand and use its effect or not. Next you can put a card face down on the table and you gain one coin. Every card that is faced down is protected from your opponent´s raid.

All your cards (both old and newly purchased) are on the table in front of you. You don´t take you cards back to your hand on the end of your turn. Only when you don´t have any cards at the beginning of your turn, you can take them all.

The cards allow interaction between players, g. e. you can steal card or money from the other players or kill their characters.

There are two ways to win. The game ends as soon as one of the players has 8 or more coins or 8 or more types of cards (including the two starting cards). 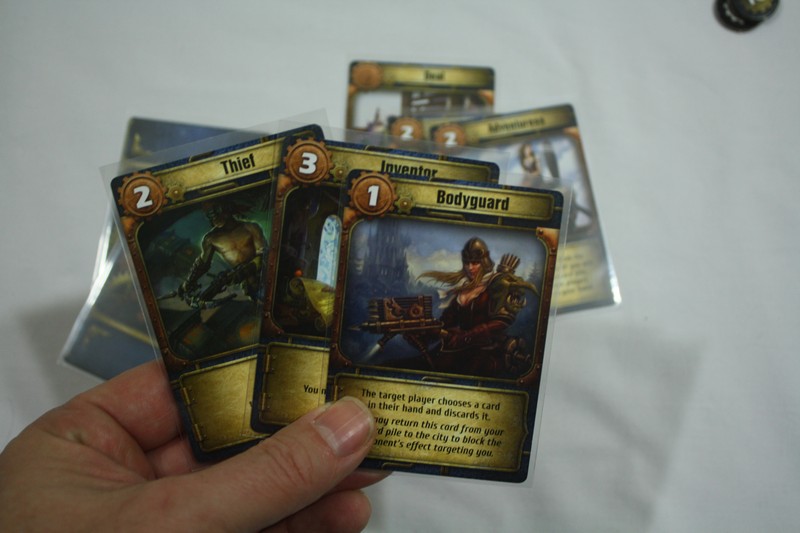 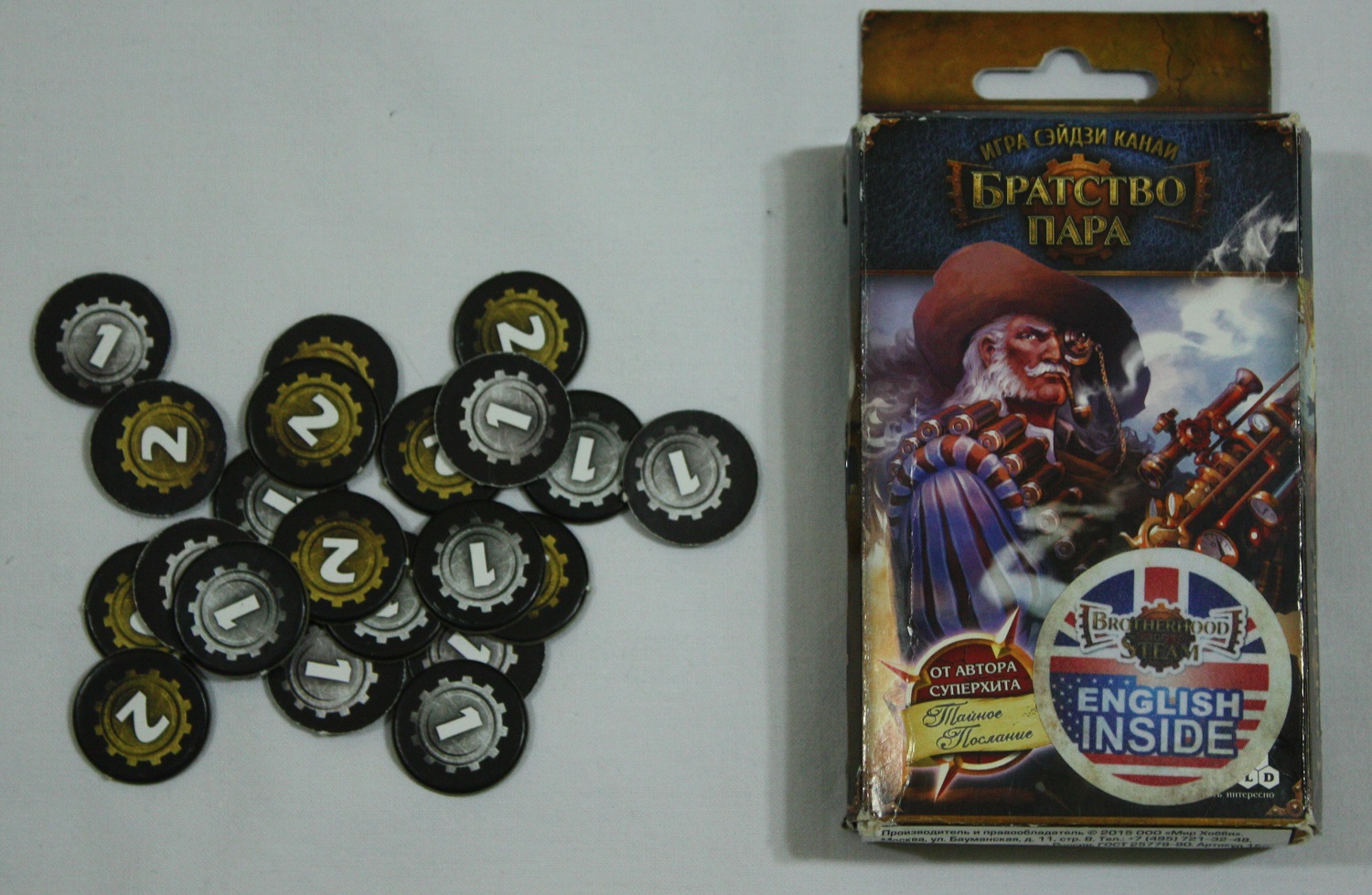 Review: Brotherhood of steam – steampunk minigame
The game caught my eye at first glance. It is an easy deck-building game, you can play it between two other regular games to kill some time. The game doesn´t have any other ambitions. But on the other hand, the game is funny, quick and you can use some strategy there too. And the interaction between players is also pleasant.
Klady:
+ very nice illustrations on the cards
+ easy rules
+ low price
+ fast game
Zápory:
- it is only minigame, when you don´t like this type of games, it´s not for you
3.5 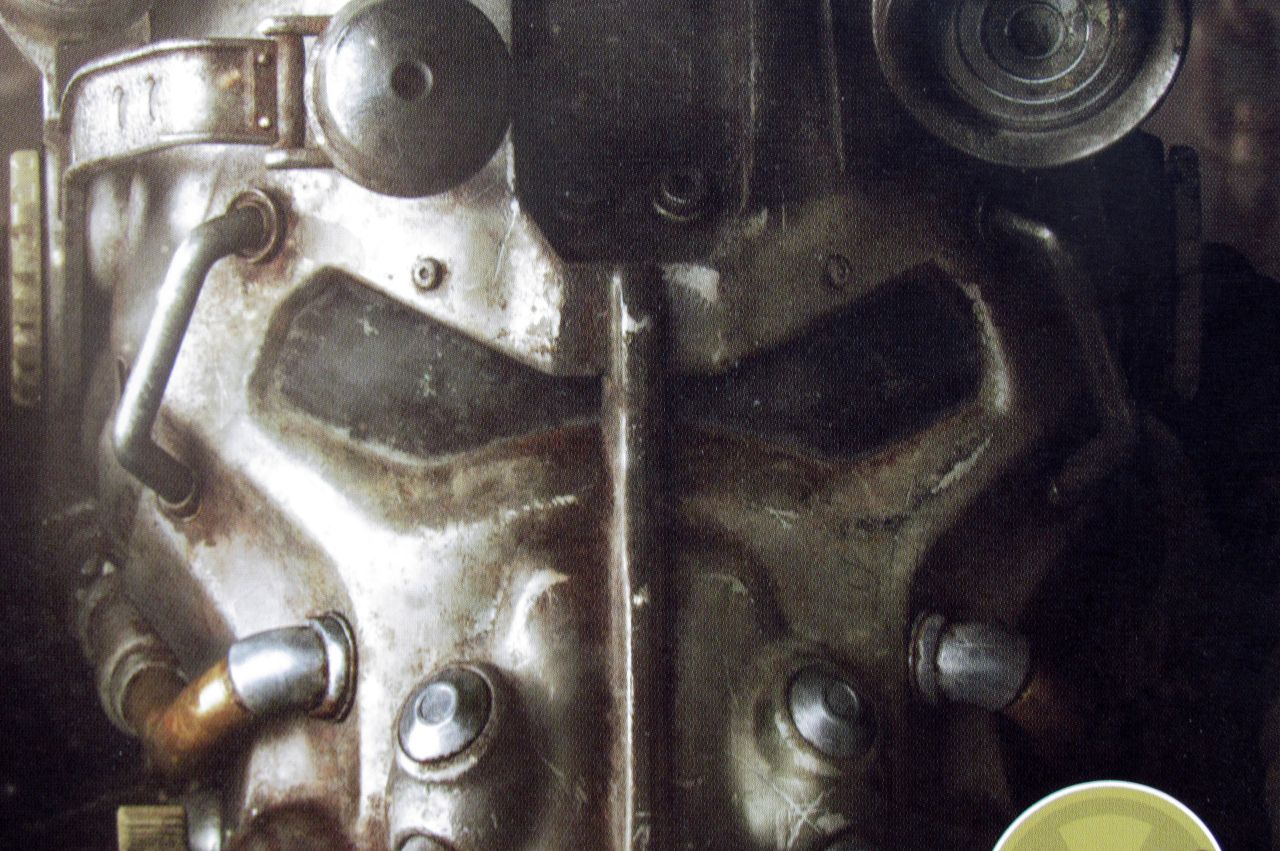