Our country is rich in diamonds. Yet desire for them continues unabated even after years. It drives us strangers with a friendly face, hoping to find a parting gift in form of pile of these amazing glittering stones. Our wealth has one big advantage, because we can keep peace with our neighbors, through gifts. To produce them, we have a special vocation, which is called Glitterers.

One such stonemason also will be player in game Gem c’Rocks created by Kenichi Tanabe. The game was published under auspices of Takamagahara in Japan in 2013 and we got it thanks to kindness of the author himself. Now we introduce it almost to the entire English-speaking world.

The game is hidden in a small box, which is only slightly larger, than packaging of card games. A man with a pickaxe for diamond invites us in, so we can learn about his craft firsthand. Box is filled to the brim with components, which is highly appreciated. No air here. Like the box and all other text components are covered with signs, which will be understood only by native Japanese.

We have to rely on English translation, which is available on BoardGameGeek server (published by author). The box then contains player screens (with help on the inside.. in Japanese) and a pile of tiles, that will create game map. Each piece has a diamond symbol, which will be available there, number of victory points (upper left corner) and also a symbol indicating, which type of auction is pending.

The list of components is still far from over, because players can unpack blue plastic chips, then a square cardboard pieces (diamonds), two wooden figurines and deck of cards. They can be divided into two kinds: support are in minority, because there is much larger proportion of production cards.

At the beginning, players have to compose game plan. Center position makes front of the piece with Bagar figure and then they spread tiles around it to create five columns of four and five cards. Some of them are strictly used for corners, marking neighboring countries, which need donation. Each player gets thirteen coins, that he hides behind his screen and also has four production cards with several color stones. Besides the map, players spread pile of diamonds tokens and prepare both drawing decks.

Game is played in rounds, each of them is divided into five phases. And each such round begins by adding new stones on plan and always nicely going from the center out. Their growth depends on number of players, who will participate in the game. In addition, central tiles receive at the beginning of the game some support cards, which can be gained throughout the game.

Main stage of the whole game is always the auction, which is based in tile, where Bagar figure is located. Its symbol will decide, whether it will be a secret auction, one round auction or repeated bidding until each of opponents passes on his chance to continue. Players can bid using both coins and stones. Winner has opportunity to collect diamonds from any location around Bagar.

Auction loser is determined solely by order, because person who offered least, does not receive anything. Conversely, auction winner can choose twice. After that, everyone can decide, if they withdraw coins used or sacrifice them for opportunity to gain two new cards. Then Bagar is moved one space in the spiral movement outwards from the center, where it began. 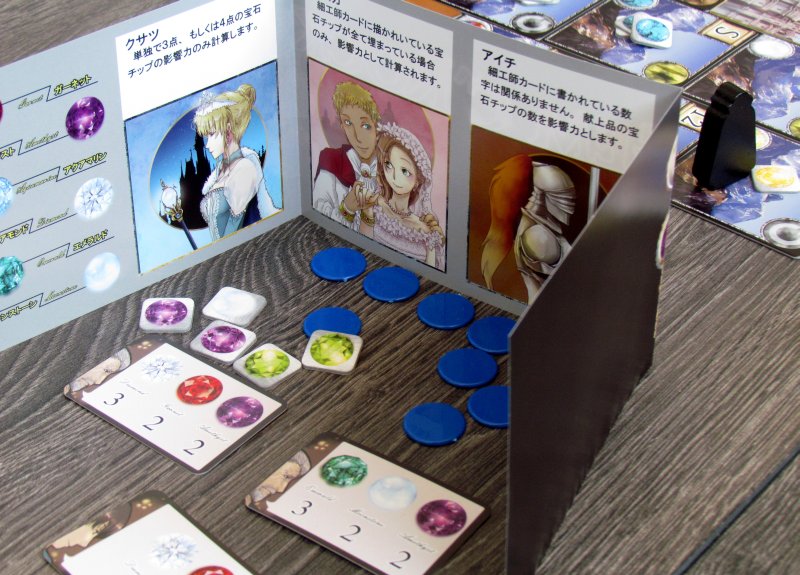 So rounds continue one after another until figure reaches last frame. Then comes the time for scoring. Until then, players collect gemstones and production cards. Now they may assign their assembled sets (card plus applicable stones – not necessarily all) to individual neighborhoods. This is all done in secret behind their curtains. Everyone must donate at least one piece to each neighbor.

Once all have done selecting, they jointly reveal their decision and look at resulting impact. In order from the most influential players can be taken cards, that belong to that country. These are mines, that adjacent to the tile of this nation. Players then add up points for their tiles and eventual bonuses from cards of support and most profitable player is the winner.

Gem c’Rocks is a game, in which most important role is represented by the auction. One is held in each round, which means, that players will experience a total of 23 auctions, before they reach the end of the game. This is all the more interesting, that there are three different types. Each has its own tactics, that can be applied for victory. Sometimes, you have to take chances, sometimes bluff or bid as long as your nerves and budgets allows. 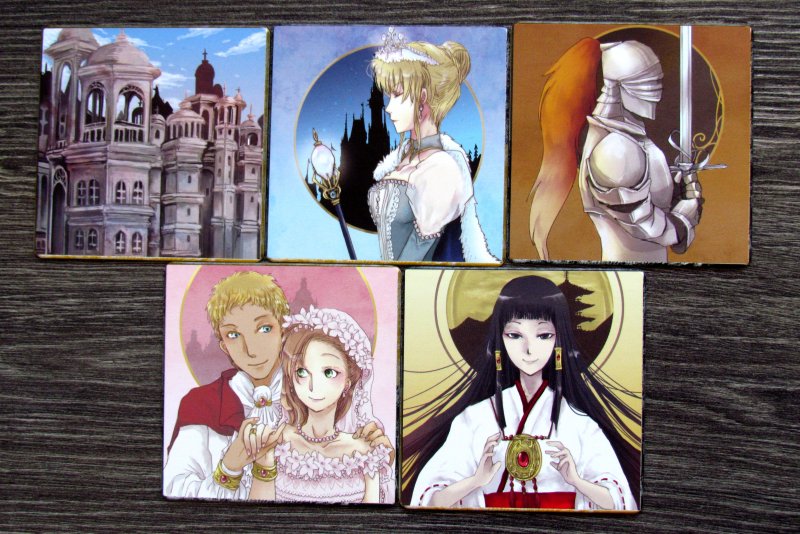 Players collect stones and their associated cards. They therefore always calculate, what they need. Cards are acquired by sacrificing finance, but they do own some already from start. But they need more to be able to give to all nations. In addition, for completely fulfilled production card (when you use all the stones on it), you get a bonus.

Situation changes with each round as Bagar pawn progresses forwards. But diamond stones are added continuously to all quarries, which is interesting. Often this leads to a thrilling moments, because many places are becoming rich. But even those, who were once emptied are not entirely useless and in the next round again bring something to their visitors, making offer variable in types of stones.

Players have pretty much control over their chances. Luck affects only who gets which production card. Here, of course, luck can conspire against anyone, but it is never decisive. Players have more cards and thus stones can be used in different ways. And then all the accumulated tactical options are spoiled by conclusion of the game, where players can only randomly pick a country, which they like to endow. And only luck will determine, who will ultimately become biggest sponsor. Too bad.

Game is recommended for three to five opponents, and because of the great emphasis on the auction, it is clear, that more is better here. Auctions have exciting character, but that of course does not necessarily have to stretch the overall length. It goes surprisingly up to sixty minutes, which is just a consequence of the large number of auctions and continuous addition of diamonds to the board. This obligation after every round hampers continuity.

Processing is very nice. Components will arrive already punched out and neatly categorized. Plastic tokens are ordinary, but graphics on cards and pieces makes up for it. But for us, inhabitants of the world outside country of the rising sun, there is one major problem. All components are in Japanese, and although translation can be found in the rules, you have to consult them from time to time. But the biggest problem is quality of the translation itself, which is a lot of broken English and is often a problem to understand, what author thought, at all. Learning the game before first match is not a matter of ten minutes, as it would otherwise be.

Gem c’Rocks is an interesting auction game, that brings new ideas and combines several kinds of auctions into a dynamic whole. Game loses it swing in some moments and pile of wrinkles awaits you in the learning process due to quality of the translation. Gem c’Rocks is only slightly above average game for us, that has not seized its potential.