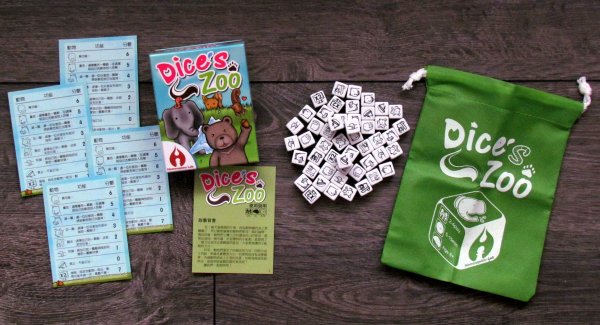 There it is. Last night of our guard Patrick, who we are all so fond of. He will retire. We secretly planned a celebration for him. But it was not easy. At one time, all the animals began to argue and it seemed, they will never agree on final form. Earthworm came up with a great idea to us to adjudicate: find humans, who will represent the various types and help them with the final decision.

You do not even know about it, but those critters chose you. Thus, specifically if your hand slipped on a box titled Dice´s Zoo. Its author is Cang Mucuna and it was released by Chinese company Homosapiens Lab. They had introduced it in 2012, but was also part of the exhibition Spiel 2014 in Essen, where we got it.

At first glance, surprise waits for all players on the box. While on the lid, there are animals and title, they find only Chinese characters on the back. And we here do not understand these. Much bigger disappointment occurs, when you will not find rulebook in Latin alphabet even inside the box. Fortunately, people are more sympathetic and you can find an English translation on server BoardGameGeek. And now, you (as we did) learn to play Dice´s Zoo. 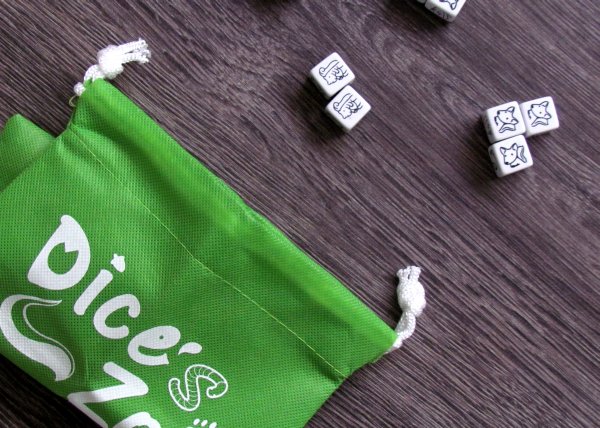 At the bottom of the box, dice eagerly await you. These are essentially the only component located inside. There is a total of fifty of those and there is only a bag on top of it all. Each dice wears six pictures representing some of the animals, but also symbols of a trap. A total of eight symbols is distributed over dice.

Players pour them all inside the bag at the beginning of the game. Each of the participants now draws an even dozen of dice, rolls them and spreads outcome in front of him. After that, all bickering among animals may erupt.

Player acts in his turn as a mediator, when he should always send some of his animals (according to the pictures on the dice) into middle of the table to share its vision of celebrations. But they can always send only bigger group of same animals or stronger type (ranking begins with earthworms, continues through foxex and ends with elephants). But their number must match previous (weaker) species. Sometimes, there are no animals in the middle of the table. In such a situation, player can select one type and play dice (in any number). 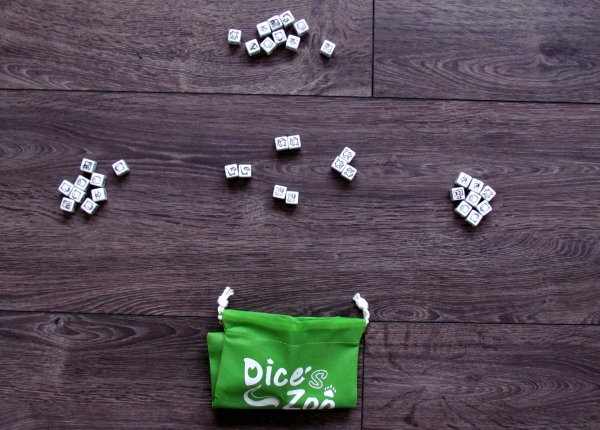 Everyone may decide not to intervene in fight in the middle of the table. Instead, he can pick up any set of his own unused dice and roll them again. This result must player keep, because his turn ends immediately and his opponents get a chance to act.

All competitors are trying to get rid of their dice. Victory is getting closer with each group of animals sent to middle of the table. It does not return to its owners, but instead (after being pushed away by another player animsl) heads into common stock. Every kind also at the moment of its placement in the middle of the table activates its special ability. This allows players to donate dice to each other, change them or re-roll.

At a moment, when one of the players manages to play his last dice and he has none left, he becomes winner of round or game. Players can measure their powers in more rounds. Each of these is assessed with penalty points for dice, that remained in player possession by animal type (table is in the rules). After a fixed number of rounds, winner is the one, who has the smallest penalty points total. 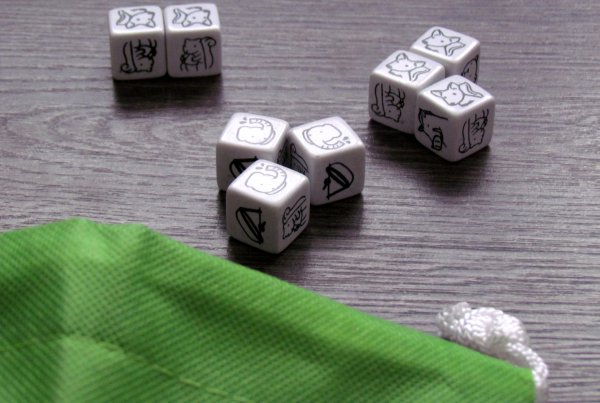 Dice´s Zoo is a fun and relaxing game of rolling. Similar style of playing and getting rid is usually typical for card games. Its transfer to disobedient rolling form is really hilarious and processing functions well.

Although players do not control their results properly, they always can choose one image to use in current round. Of course, even that luck could negatively (or positively) affect your chances of victory, but dice can provide different actions and foremost, it is possible to re-roll for sacrificing your whole turn. This option is priceless, when something goes really wrong.

It is good, that each animal has its own ability. This makes the game more interesting and players are mutually harmful. Still, everything revolves around exchange of dice in the middle, that has enough constraints. Groups of animals are growing and growing, making it increasingly difficult to play some new dice. Players must use their dice with true reason. 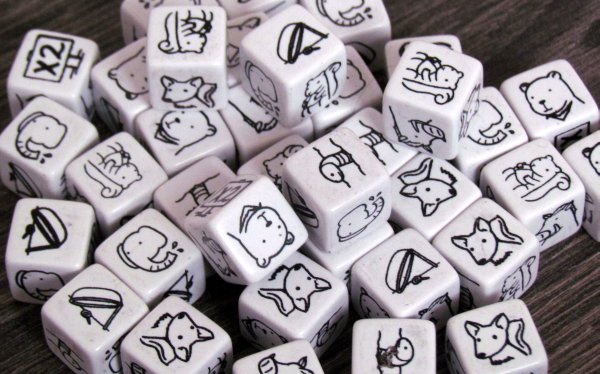 Rules are (after their download) relatively simple and can be handled by children aged six. Even better news is playing time, where one round is somewhere around ten minutes. Players themselves can determine length of the entire match by selecting number of rounds or achieving penalty points.

Game is surprisingly fun. Finally, it is a small dice game, that does use luck temptation (can´t stop mechanic), but instead comes with its own idea. And by doing that, it entertains mostly undemanding gamers, who will enjoy it in two to four opponents. More rivals mean more of conflict, but fun is still there.

Dice´s Zoo is a pleasant discovery for us in the area of light dice games. It is very well suited as a family or children game. You will however have to grapple with bad accessibility of the game and its rules. However, if you encounter Dice´s Zoo somewhere, then at least try to roll the dice to see, whether you should bring it home.